Jessica Biel stepped out to support her boyfriend, GQ Men of the Year honoree Justin Timberlake, and the rest of the handsome guys who earned the title last night in LA. It was also JT, Jessica, and Jon Hamm's second night in a row partying at the Chateau Marmont, but this time they were joined by everyone from Jay-Z and Jimmy Fallon to OC costars Adam Brody and Ben McKenzie for the star-studded soiree.

Jay-Z was fresh off a week in Miami with his pregnant wife Beyoncé, who was spotted in a bikini for a yacht trip over the weekend. Last night, though, it was all about the guy time as he had an animated conversation with Justin and Jimmy inside the bash. JT is also wrapping up an exciting week since just last Saturday he went to the Marine Corps Ball, and this weekend it's his fellow (wo)man of the year Mila Kunis's turn to attend her military gala.

Click "Launch Gallery" below to see the star studded event! 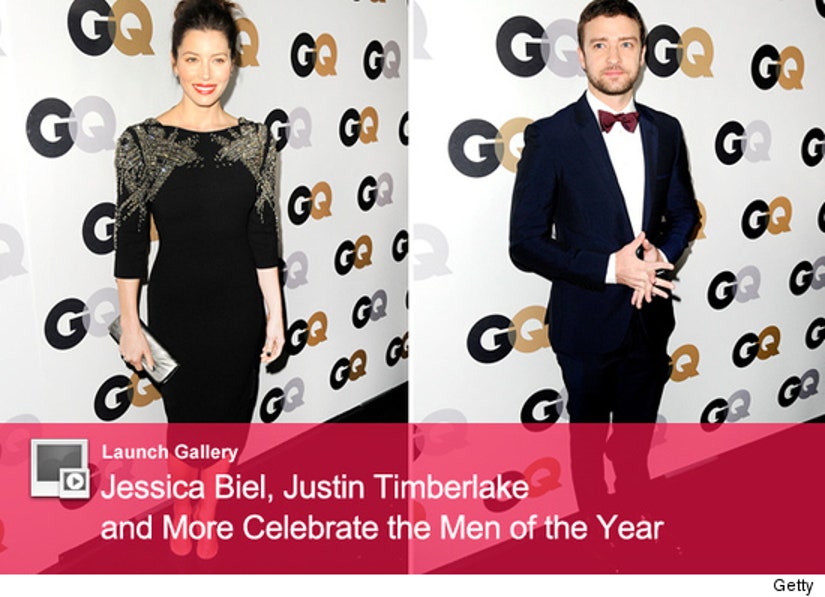