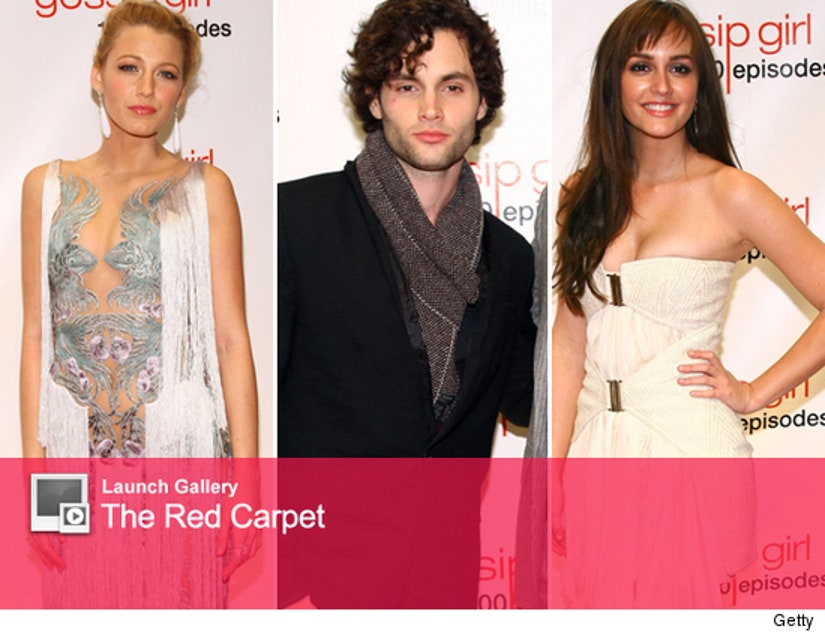 The cast of "Gossip Girl" was spotted on the red carpet in NYC last night -- where they celebrated their 100th episode!

The biggest news: The show is likely coming back for a sixth season!

The show's executive producer, Joshua Safran, tells EW "We've had no one saying to us, 'Wrap it up. This is the last season.' So we're not [treating the season finale] as such."

As for the 100th episode itself, it revolves around Blair's wedding to Prince Louis -- click here for some sneak peek pics!