Jason Segel reunited with his "I Love You Man" co-star Paul Rudd last night on "Saturday Night Live" ... and did it with their tongues!

Rudd was a surprise guest during one of the skits, which had Segel bringing his girlfriend (played by Vanessa Bayer) to meet his overly affectionate family -- who greeted each other with far too inappropriate kisses.

Paul popped up at the very end and got the most over-the-top greeting of them all.

Check it out above! 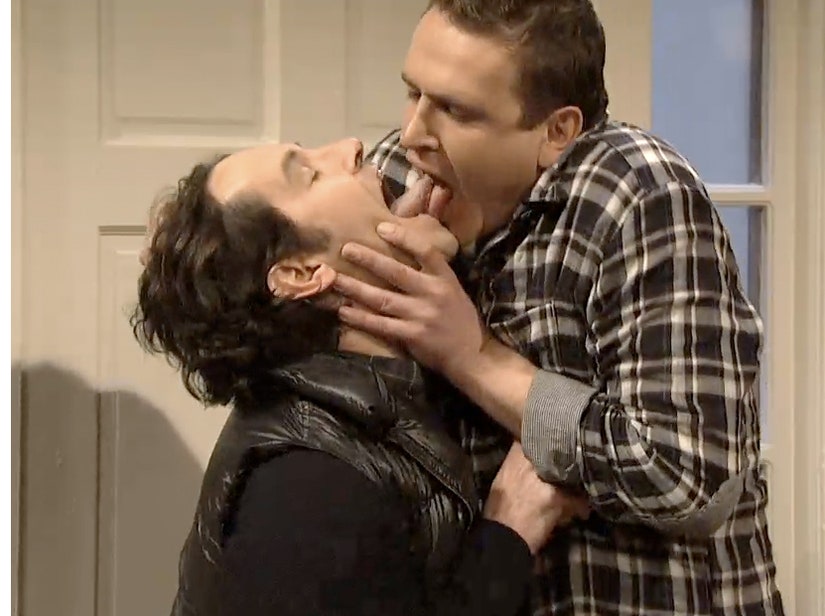