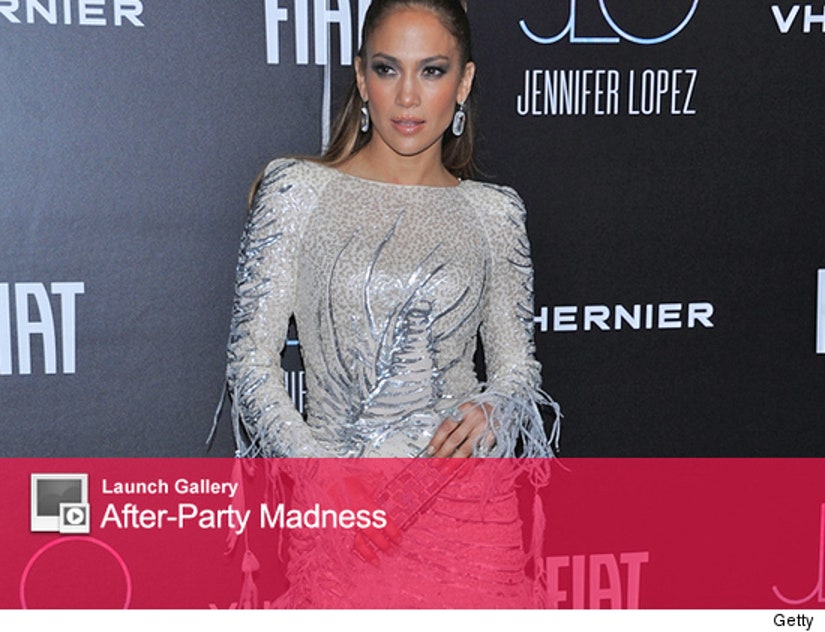 Jennifer Lopez had quite a few wardrobe changes last night -- hitting an AMA after-party red carpet in a shimmery mini after wearing at least 4 different outfits during the awards show.

The sexy singer looked fab at her own AMA bash held at Greystone Manor Supperclub, where she was joined by stars like Lance Bass, Chaka Kahn, Jennifer Morrison and Charles Kelly from Lady Antebellum.

J.Lo's party wasn't the only one in town though -- as tons of other celebs flocked to Rolling Stone's soiree at Rolling Stone Restaurant And Lounge.

Check out all the after-party fashion above!