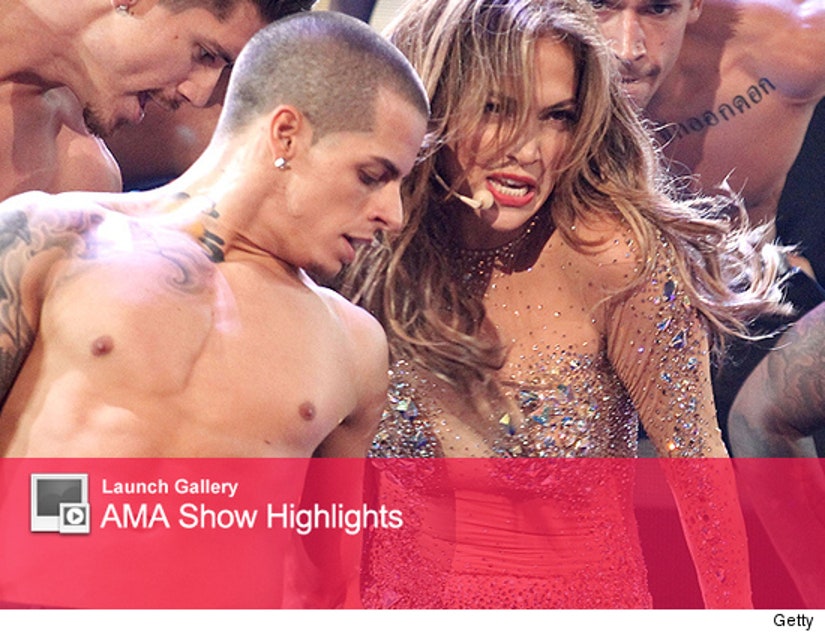 Jennifer Lopez put her rumored new BF front and center at the American Music Awards last night -- by having him dance with her, shirtless, on stage!

J.Lo's backup dancer/rumored man Casper Smart was there as Jenny performed her hit "On the Floor" during last night's show -- where they both showed off their impressive bods in some revealing outfits.

After the show, the two reportedly attended J.Lo's after-party, and while they didn't pose for photos together on the red carpet, they were all over each other inside.

According to Us Weekly, Lopez "grinded in Smart's lap" and was seen "giving him a kiss and rubbing his head" during the party -- adding that the two left together, "hand in hand."