Kate Winslet wore a familiar dress last night to the Paris screening of Carnage. Kate wore the same Stella McCartney dress, but in red, as she wore during a photocall for the same film at Cannes in early September. Yesterday, Kate posed for photos on the red carpet with her costar John C. Reilly and director Roman Polanski. She didn't, though, have the company of boyfriend Ned Rocknroll. The couple were together in recent weeks for a trip to America, where they visited San Francisco and Upham, NM. Following a stop back in their native UK, Kate and Ned popped up in NYC with her little ones Mia and Joe.

Click "Launch Gallery" below to see the star show off her form fitting dress! 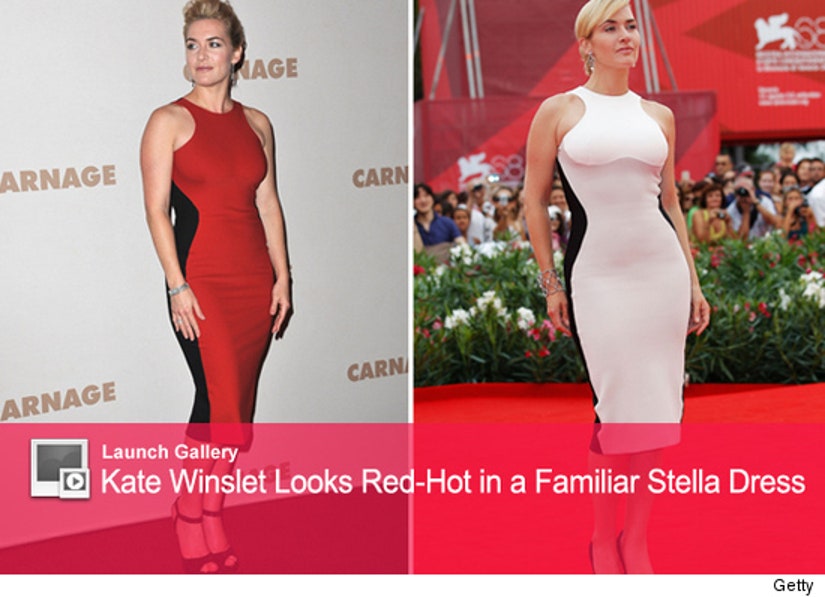