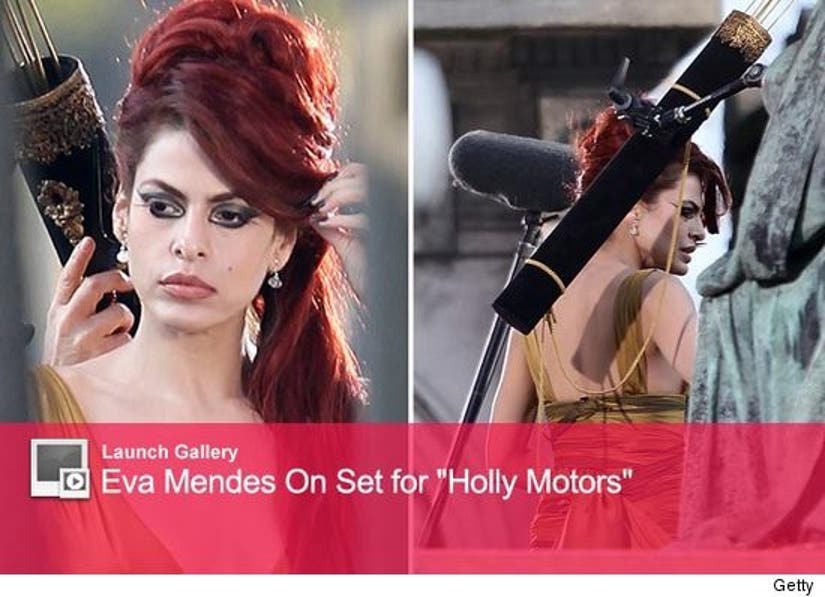 Eva Mendes was sporting a seriously different look on the set of her new flick yesterday -- where she not only showed off her new red tresses, but also looked just like the late Amy Winehouse!

Mendes is reportedly filming the movie "Holly Motors," about a man "who travels between different lives, including that of a murderer, beggar, CEO, monstrous creature and father."

Mendes plays a woman from the man's past ... and, judging by her goddess attire, a sexy one at that.

What do you think of Eva's drastic makeover? We think she looks incredible ... but, then again, when doesn't she?!