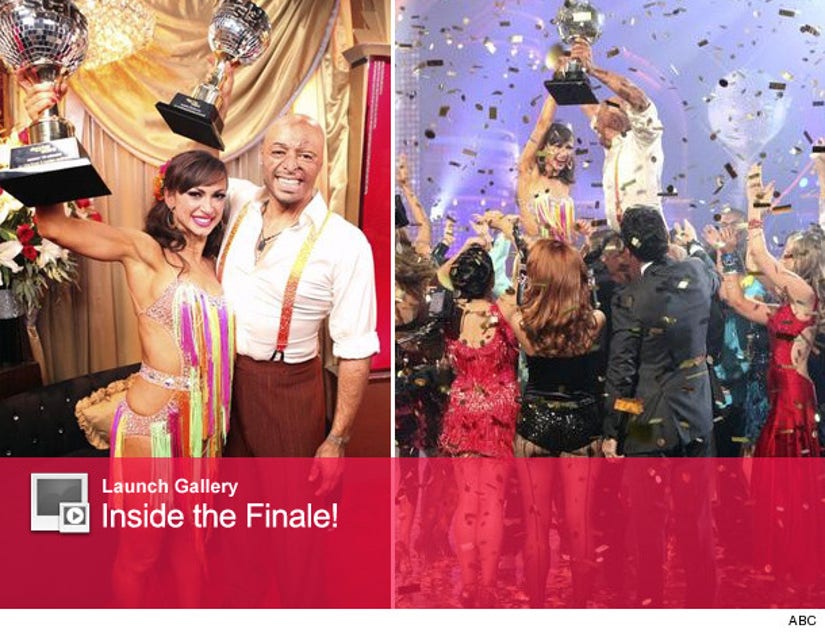 He may not have been the biggest name when the "Dancing With the Stars" cast was first announced, but J.R. Martinez beat out eleven other celebrities to win the mirror ball trophy.

After being disfigured by a landmine in Iraq, J.R. returned to the United States to rehabilitate in 2003. He eventually became a motivational speaker and actor, appearing on the ABC soap opera "All My Children." He was arguably the least-known "star" on "Dancing," but quickly impressed audiences with his talent and determination.

Re-watch his victory below:

His most memorable moment came in Week 3, when he and Karina performed a rumba to Tim McGraw's "If You're Reading This" as a tribute to fallen soldiers. The emotional performance brought the audience, his competitors and the judges to tears. The couple regularly battled it out with Ricki Lake and Derek Hough for the top of the leaderboard and ultimately prevailed. Their win also marks Karina's first victory as a "Dancing With the Stars" pro.

Rob and Cheryl were actually the highest scores after Monday night (see video highlights here). Rob initially said his goal was to better his sister Kim's placement on the show. While she was eliminated third her season, Rob finished as the runner-up. He was perhaps the most improved dancer throughout the entire season, and few would have predicted him finishing second.

Ricki and Derek topped the leaderboard many times during the season but slipped to third place during the finale. Ricki joined the show after being inspired by Kirstie Alley's dramatic weight loss last season.

You can see J.R. next as the Grand Marshall of the 2012 Rose Parade. Ricki Lake will also return to the talk show circuit next year.

Season 14 of "Dancing With the Stars" begins March 19, 2012 and toofab will have all the casting news as it breaks.

Did the right couple win? Tell toofab in the comments below!