Miranda Kerr took to the streets of NYC earlier today accompanied by her favorite four-legged companion, Frankie. The pair have posed together in the past, but their latest venture in front of the lens is for Miranda's upcoming David Jones campaign. She's still a spokesmodel for the Australian retailer and spent an entire month over the Summer visiting department stores in her home country. Miranda's also continuing her lucrative contract with Victoria's Secret and will appear in this year's annual Victoria Secret holiday runway show. Miranda and her fellow VS Angels taped the hourlong lingerie event earlier this month and she can be seen sashaying down the catwalk in a $2.5 million Fantasy Treasure Bra when the specials airs on CBS Nov. 29 at 10/9 C.

Click "Launch Gallery" below to see Miranda and her cute dog Frankie! 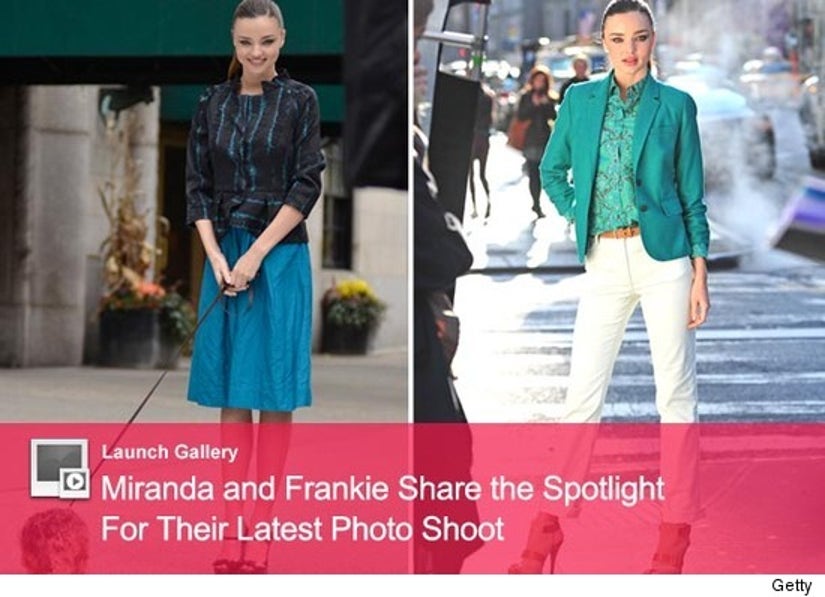