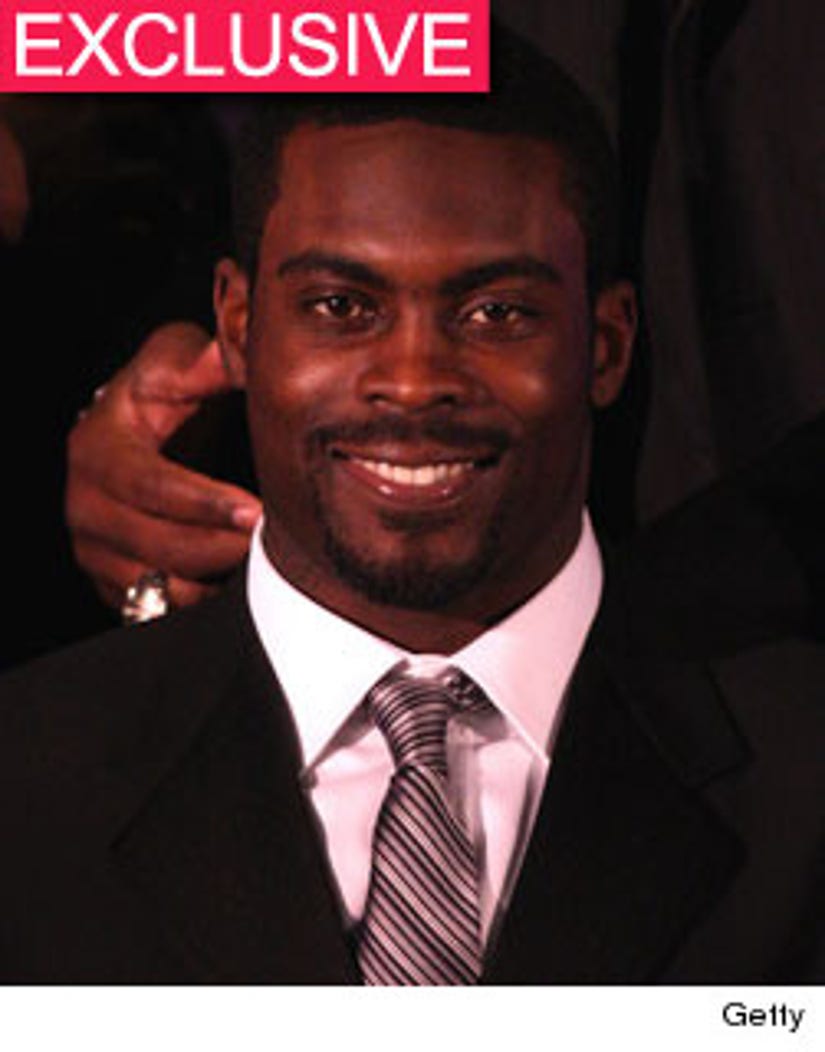 Michael Vick may be missing practice with the Philadelphia Eagles today due to his broken ribs -- but tomorrow, he'll definitely be exercising his stomach muscles.

toofab has learned the recovering Pro Bowl quarterback will be celebrating Thanksgiving on Thursday with his fiancee Kijafa and his two daughters in Philly.

While the fam will be feasting on turkey, roasted chicken and collard greens, it's up to the football star to make the dessert. We hear his specialties are sweet potato pie and chocolate cake.

No word yet on if Vick will play when the Eagles take on the New England Patriots this Sunday, but we're told he'll definitely following all the NFL action tomorrow ... when he's not stuffing his face at least.