The contestants on "The X Factor" gave thanks last night -- and a couple of them soared with incredible performances!

While Melanie Amaro's performance of R. Kelly's "The World's Greatest" was, well, great ... it was her behavior after that really stood out. Amaro, who has been consistently amazing, has never really shown much personality -- but that changed last night.

The judges and Steve Jones couldn't get her to stop talking -- and it's hard to believe the she's been on the show this long, but we've never really heard her accent so strong before! It was a bizarre, but still uplifting, moment ... and one that could really help her connect with fans.

The other big standout this week was, once again, Josh Krajcik. He and Melanie are definitely the two to beat and his soulful performance of "Wild Horses." Like Melanie, he delivers week after week -- and this performance, dedicated to his daughter, was both simple and powerful.

As for the rest of the performances, Astro apologized for his tantrum last week and did a another impressive rap, Drew faltered slightly with Demi Lovato's "Skyscraper," Chris Rene did an odd mashup of "Let It Be" and "Little Homie" in front of the gates of Heaven, Lakoda Rayne did alright with Taylor Swift's "You Belong to Me," Rachel Crow stayed strong with a song from the "Honey" soundtrack, Leroy Bell sounded good with "Angel" and Marcus Canty impressed the judges with "A Song for Mama."

Not one, but TWO contestants will be sent home tonight. Our money is on Leroy and Lakoda Rayne getting the boot -- meaning Paula Abdul will have no more acts in the show. 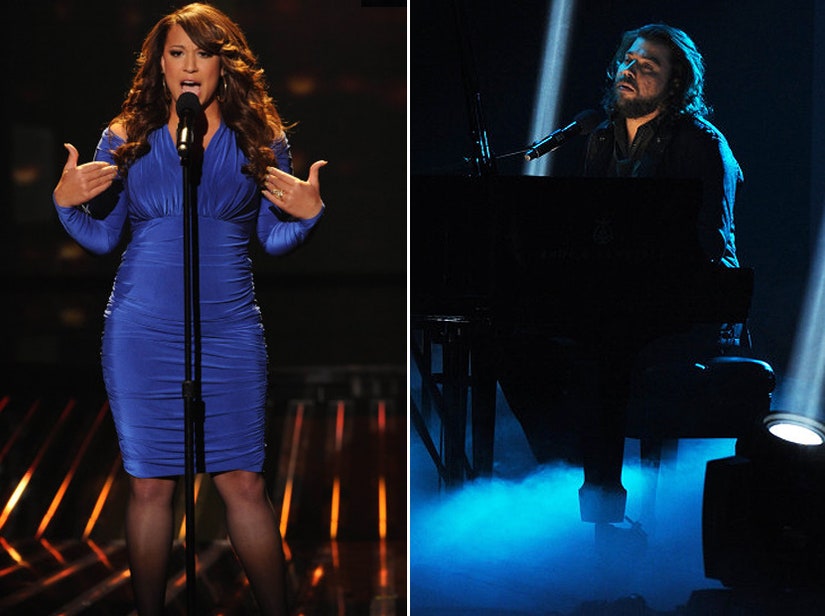