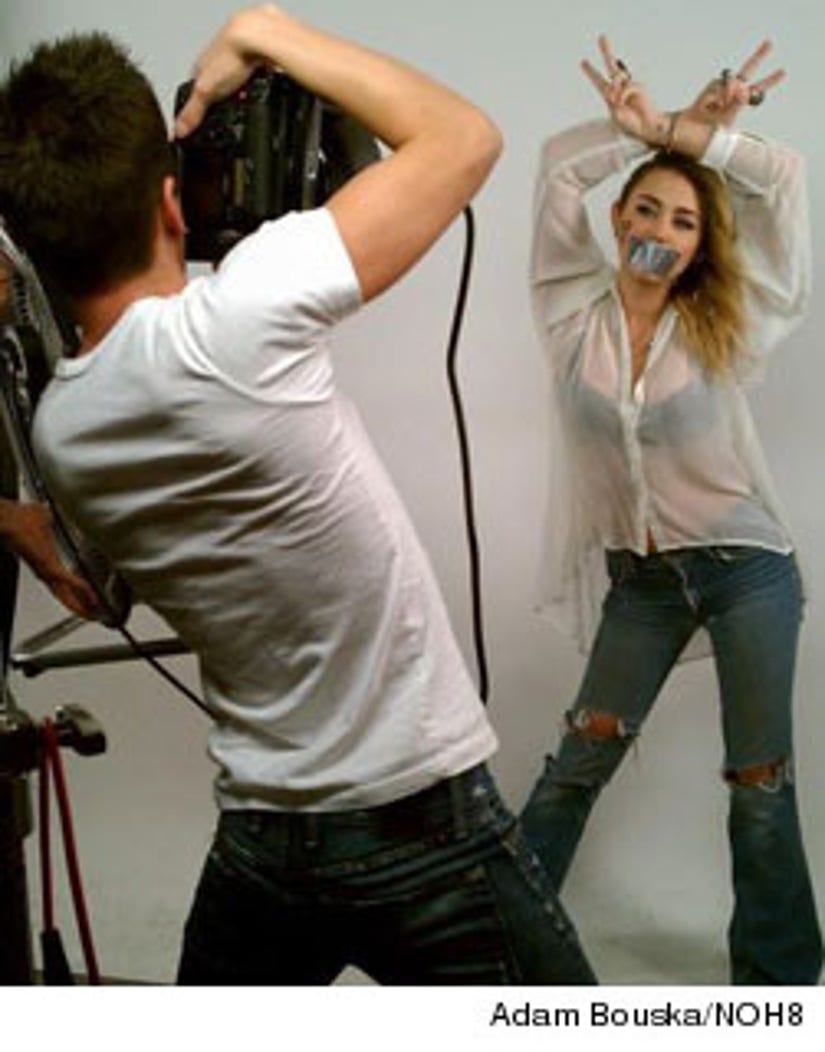 Miley Cyrus is no stranger to provocative photo shoots.

When she was just 15, the popstar was photographed topless (though covered) by Annie Leibovitz for Vanity Fair.

Now 19, she's been tackling more controversial topics. On Monday, Miley duct-taped her mouth for a shoot for the NOH8 campaign. NOH8 is a project started by photographer Adam Bouska and Jeff Parshley to protest California Proposition 8, which eliminates the right of same-sex couples to marry.

Adam shot Miley posing in a sheer shirt with the NOH8 logo and her trademark peace signs. While the final image has not been released, he posted behind-the-scenes photos on his Facebook page.

"Thank you @MileyCyrus for taking a stand & supporting the @NOH8Campaign!," Bouska tweeted following the shoot.

Miley even took some time to pose with Adam and Jeff. 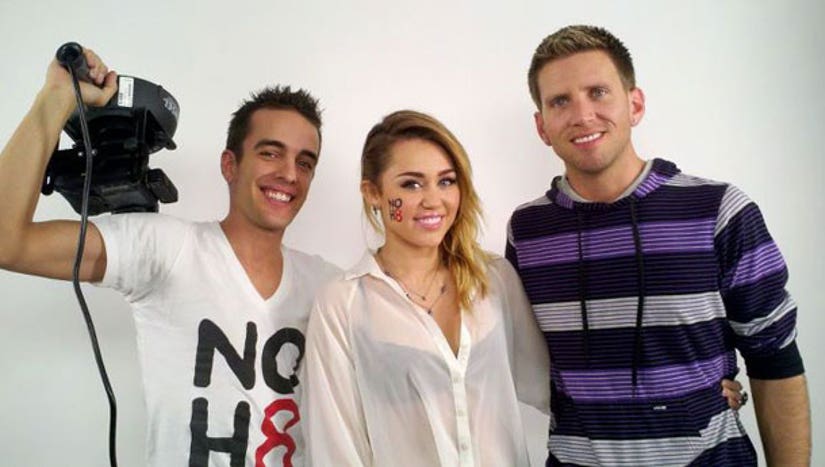 Other stars who have posed for the NOH8 campaign include singers LeAnn Rimes and Sara Bareilles, political activist Cindy McCain, the Kardashians, "Lost" star Michael Emerson and many more.

The photo shoot comes days after comments the popstar made about "smoking weed" hit the Internet. Her rep says Miley was being a "smart-ass" and is not a "pot head."

Check out more of Miley's most controversial moments below!