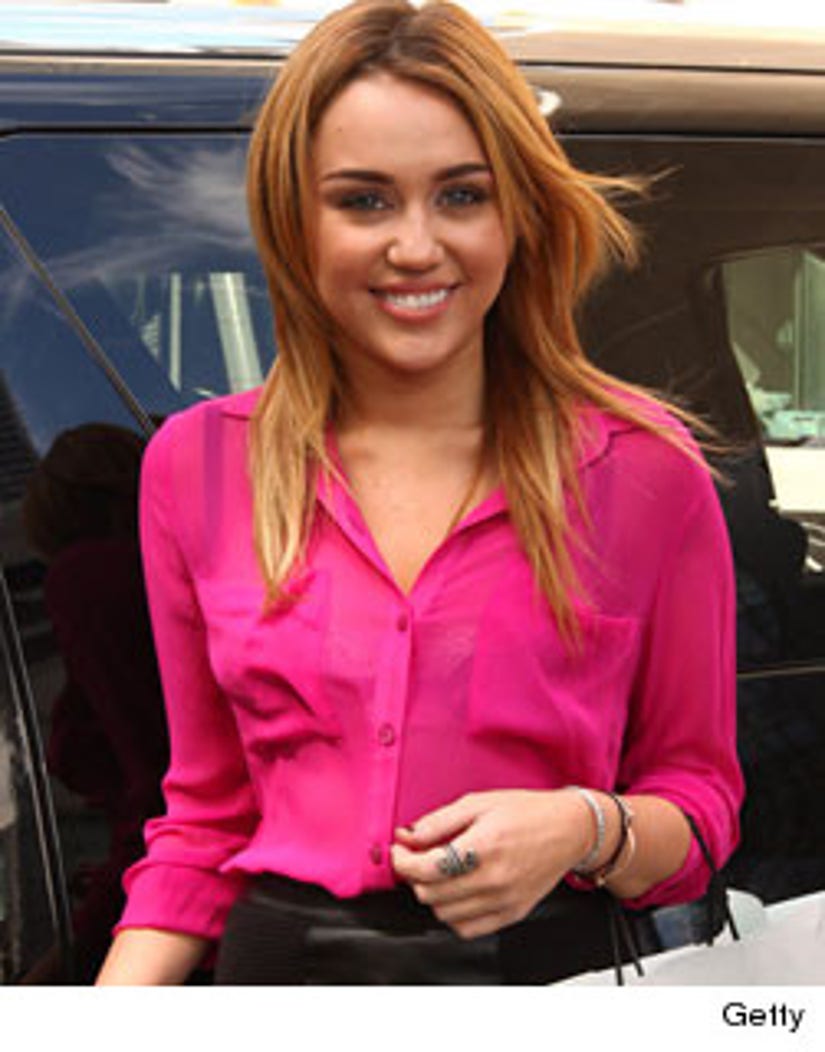 "You know you're a stoner when your friends make you a 'Bob Miley' cake," she says on the video. "You know you smoke way too much f––ing weed."

Miley's reps haven't responded to the pot statements yet -- but Kelly has. She took to her Twitter to defend her B.F.F.

"Let me make something very clear after [the] @MileyCyrus salvia incident we started calling her bob miley as a JOKE!" Kelly says. "The cake was also A JOKE! It makes me sick that @MileyCyrus so called 'friends' would sell her out and lead people 2 believe she is someone that she is not!"

She adds -- "U guys if @MileyCyrus is not recording/filming/touring she is works everyday how could she possible [sic] do all that if she was a stoner!"

This isn't the first time Miley has smoked something questionable -- video surfaced last year of her smoking out of a bong a few days after her 18th birthday. She claimed she was smoking salvia -- and herb that is legal in California.