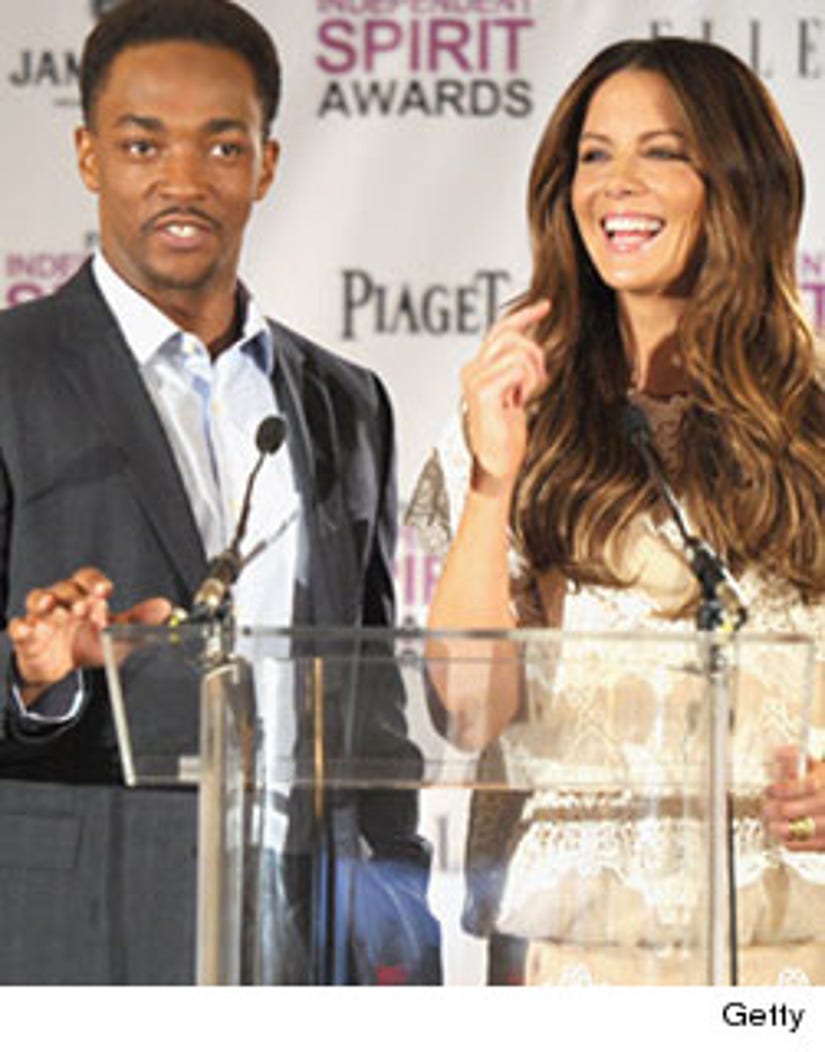 It's that time of year again – cool weather, comfort foods, Christmas carols and our favorite … the start of Awards Season!

Nominations were announced this morning for the 2012 Film Independent Spirit Awards, which honor independent films and filmmakers. Kate Beckinsale and Anthony Mackie were on hand to announce the nominees, which include many of our favorites – Ryan Gosling for “Drive,” Michelle Williams for “My Week With Marilyn,” Jessica Chastain for “Take Shelter,” and Mary-Kate and Ashley's little sis, newcomer Elizabeth Olsen for “Martha Marcy May Marlene.”

“The Artist,” a silent film which has been getting a lot of buzz, and “Take Shelter” lead all films with five nominations each, including Best Feature. Other flicks up for the big award are “Beginners,” “Drive,” the George Clooney-starrer “The Descendants,” and “50/50” – which includes a nomination for star-producer Seth Rogen.