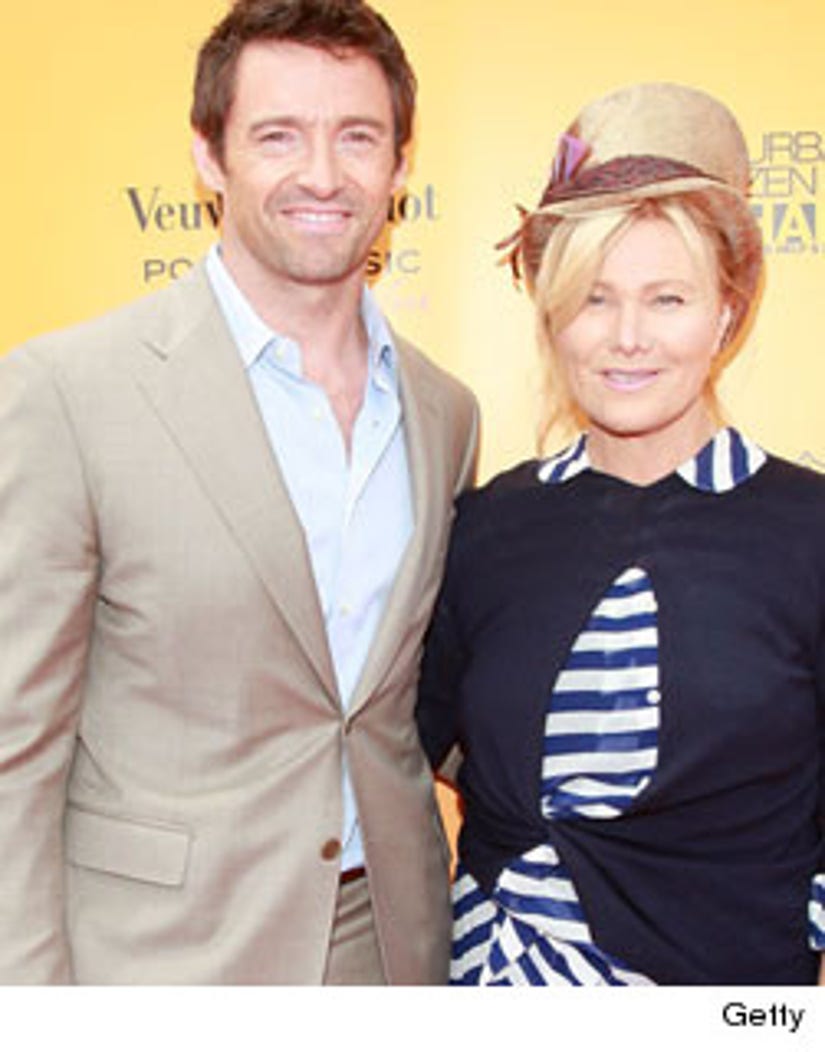 Hugh Jackman is one hunky man -- and his wife knows this first hand!

Deborra-Lee Furness opened up about her 15-year marriage to Jackman in a recent Page Six interview -- talking about how Hugh's stardom brings a lot of gossip about their relationship, their 13-year age difference and her weight.

"Hugh and I don't pay much heed," she says of the gay rumors that surround the star. "It's kind of tragic that these people have nothing better to do than gossip about people they don't know."

Then there's "The age thing."

Deborra says, "Truth be known, Hugh is much more mature than me, so we balance each other out. And heaven forbid I have a human experience and carry a little weight."

The full interview with Deborra-Lee is featured in the Dec. 1 issue of Page Six.