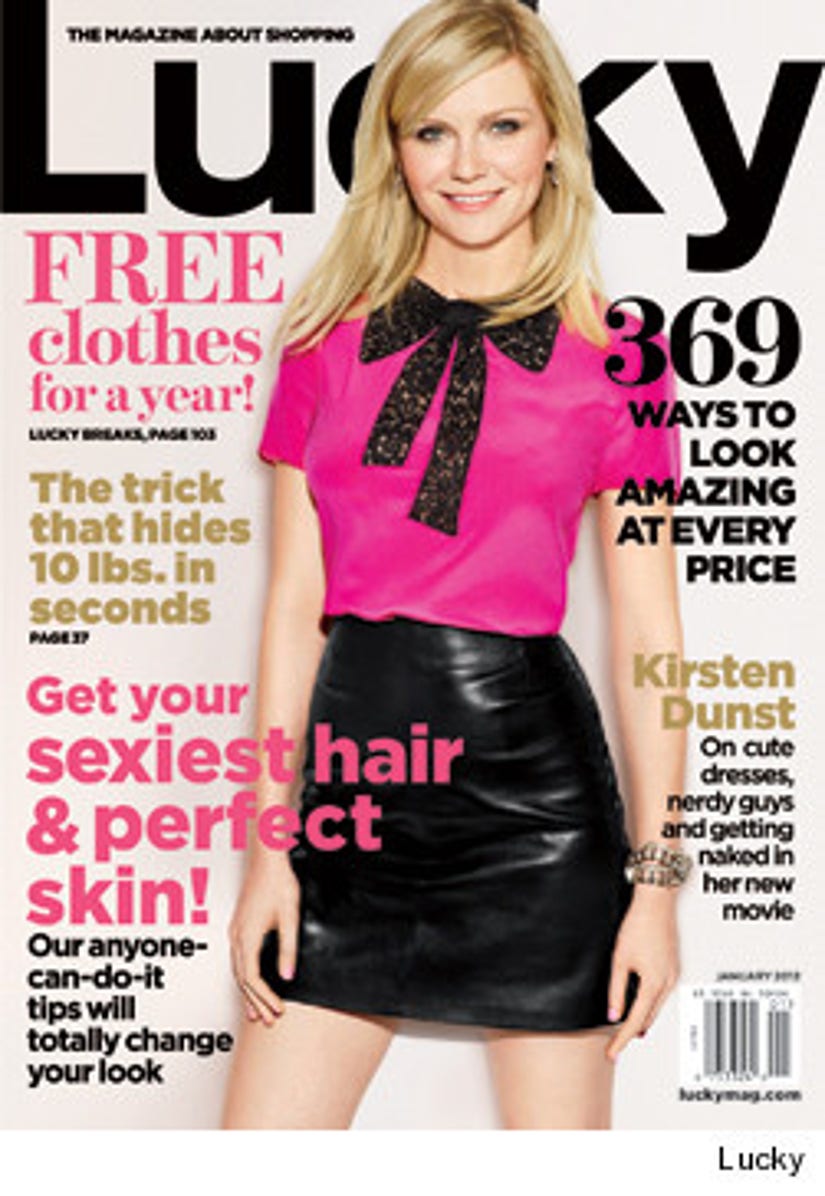 Kirsten Dunst has been a mainstay in Hollywood since she was 8-years-old, but there is still one thing the starlet has yet to learn from the business – how to deal with her big boobs.

“It's harder to dress if you have boobs,” Kirsten proclaims in the January issue of Lucky magazine, on stands December 6. “I usually cover them. When you have a beanpole body everything looks cute. Like [British TV personality] Alexa Chung. I like her style but she's really tall and skinny so everything looks good on her.”

The self-proclaimed “prude” bared those breasts on film for the first time this year in the sci-fi flick “Melancholia,” which has left her feeling a little wary when interacting with people.

“Oh, hello, neighbors, you saw my breasts in the last movie I did,” Kirsten jokes.

The Cannes Film Festival Best Actress sported her natural blonde hair in the film, but she also dishes to the mag that her hair color helps her weed out guys.

“I attract a different kind of boy when my hair's red,” she says. “I get more quality men—like a more thoughtful, nerdy dude.”

The 29-year-old admits she's changed her appearance for her boyfriends. “The last time I cut my hair short, my boyfriend at the time was like, 'You look so much better with short hair.' So I cut it off.” Kirsten quickly added, “I know, I know, so stupid! My girlfriend thinks he just didn't want any guys to look at me.” 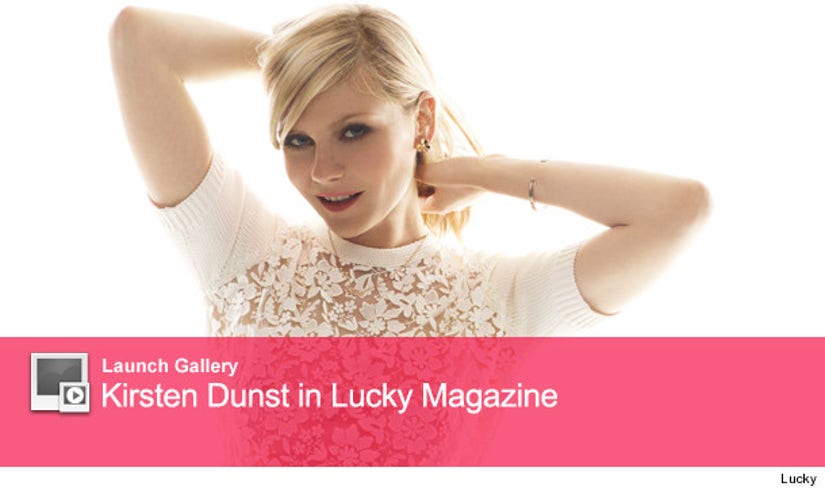 To hear more from Kirsten on turning the big 3-0 next year, her favorite body part and her ultimate slim-down secret, grab a copy of Lucky ... she's on the cover!