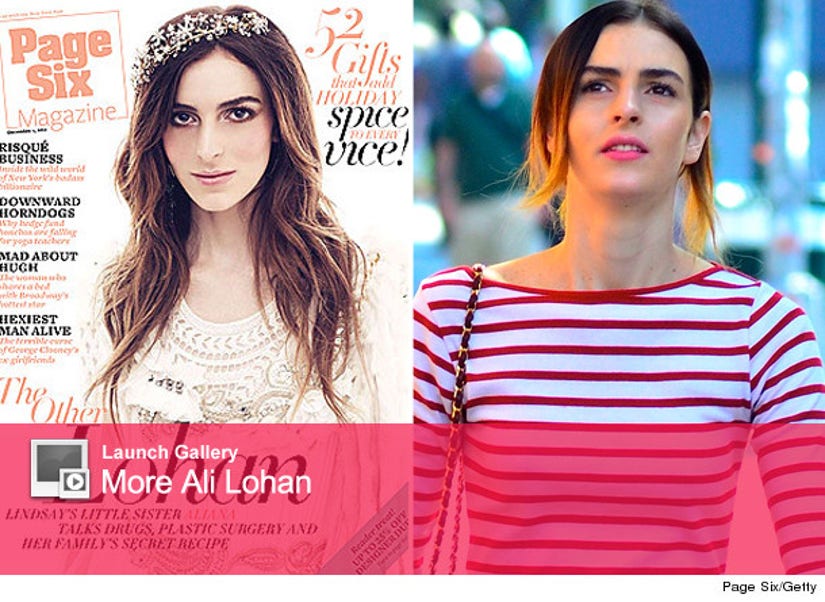 Ali Lohan may look a little different these days -- but she's saying a surgeon's knife had nothing to do with it.

"I was cracking up. Because, like, when would I do that? I'm 17 years old," Lindsay Lohan's younger sister says of surgery rumors in New York Post's Page Six Magazine.

"That's not legal! I would need my mother's signature, and do you think my mom would ever sign off on that? No!" the young model continues.

Ali, who now works under the name Aliana with Next Model Management, came under fire back in September when when re-appeared in public with much stronger facial features.

But she now says surgery is "not the right thing to do. It's stupid."

While she denies she ever altered her face, other stars have been very forthcoming about their plastic surgery pasts. See who admits to going under the knife below!