UPDATE: This giveaway is now closed. Thank you to all that entered.

"New Year's Eve" is a fun, festive romantic comedy with a stellar, all-star ensemble cast that includes Ashton Kutcher, Lea Michele, Zac Efron and Sarah Jessica Parker. It follows the individual and intertwining storylines of 20 people as they count down the hours to New Year's Eve.

“New Year's Eve” is director Garry Marshall's love letter to New York, showcasing the city at its dazzling best, all lit up for its close-up on the biggest night of the year. It's the first feature film to capture footage of Times Square on New Year's Eve in the entire 107-year history of the world-famous ball-drop ceremony -- where a million people gather to celebrate every year and a billion more watch on TV around the world.

To celebrate "New Year's Eve," in theaters December 9, toofab is giving one lucky winner an amazing prize pack. Simply fill out the entry form below for your chance to win. Be sure to check out the official site and the "New Year's Eve" Facebook page. 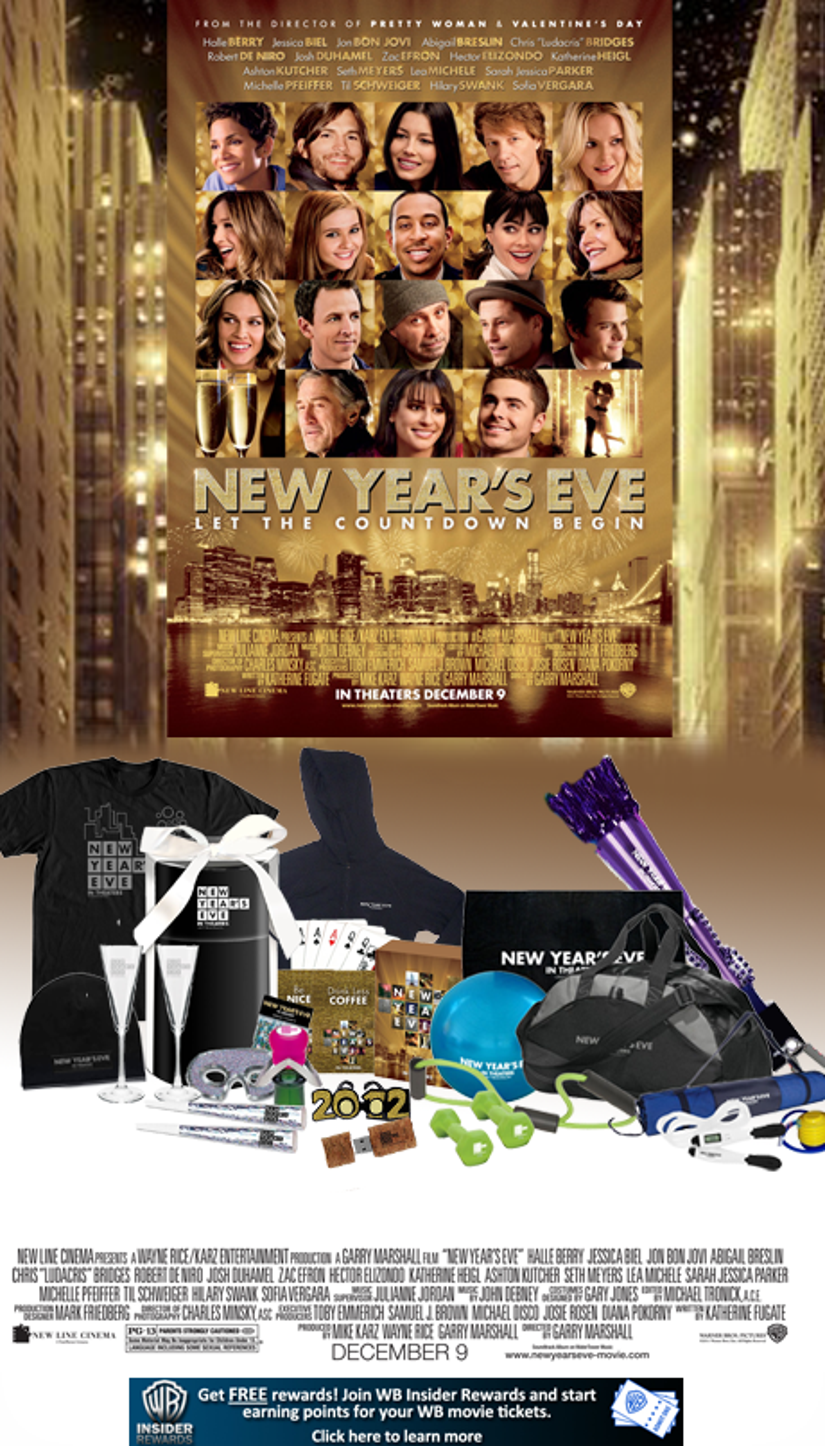 For even more prizes, sign up for WB Insider Rewards here.