Things are heating up on the set of "Revenge" -- and we've got some behind-the-scenes pics of Daniel Greyson's wet and wild wedding proposal!

The proposal involves blindfolds, rain, passionate kisses and one big ring -- and anyone who watches the show already knows, she says "Yes," only for Daniel to be killed at their engagement party.

It wasn't work for the stars of the show this weekend though -- as they jetted to Las Vegas on Saturday for Ashley Madekwe's (who plays Ashley on the show) 30th birthday party.

Check out the party pics below: 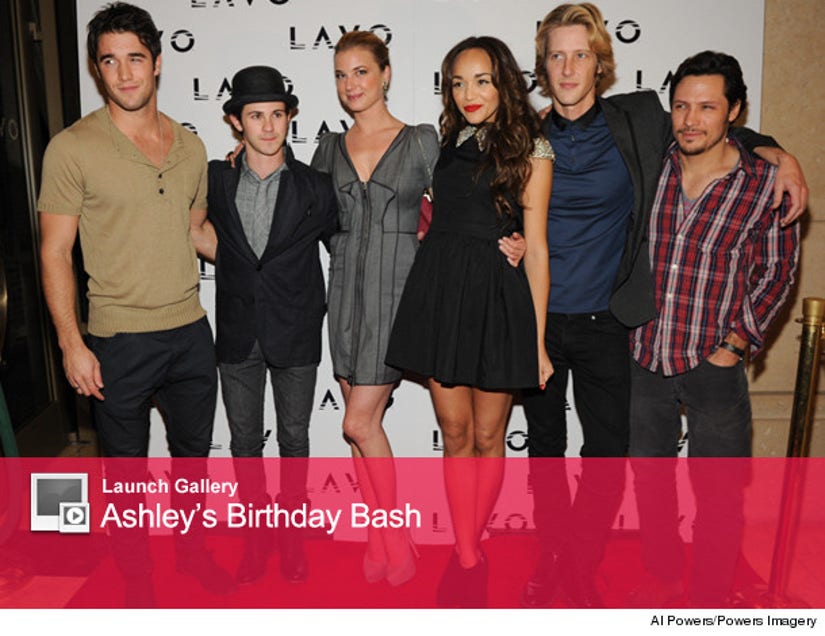