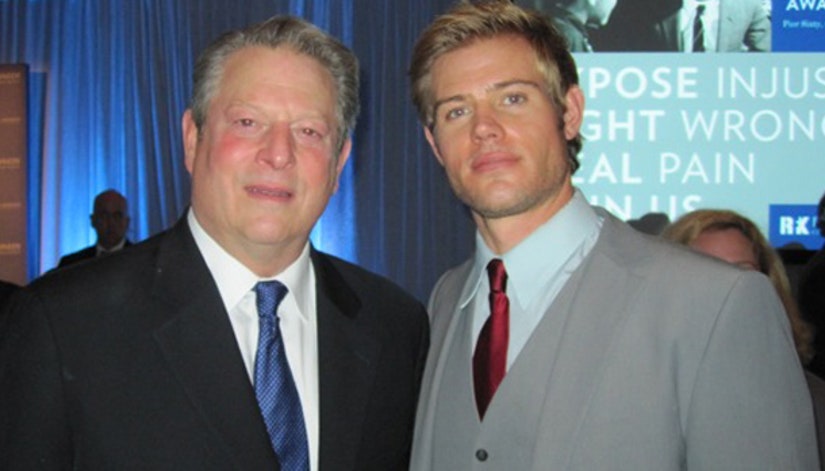 Al Gore has something in common with 13-year-old girls everywhere: He watches "90210."

But it's not the sight of the sexy AnnaLynne McCord in a bikini or Shenae Grimes' latest prostitution plot-line that hooked him in -- it was the coming out story of Trevor Donovan's character, Teddy.

Donovan took part in the Robert F. Kennedy Center for Justice and Human Rights 2011 Ripple of Hope Awards last night, where he read the story of anti-bullying advocate Jamie Nabozny.

After his presentation, we hear the former Vice President introduced himself to Trevor to congratulate him on the reading, thank him for being an anti-bullying advocate himself and revealed he watched "90210" to see how Teddy's story played out.

We're told Gore said he was "pleased" the show made Teddy into a positive gay role model.