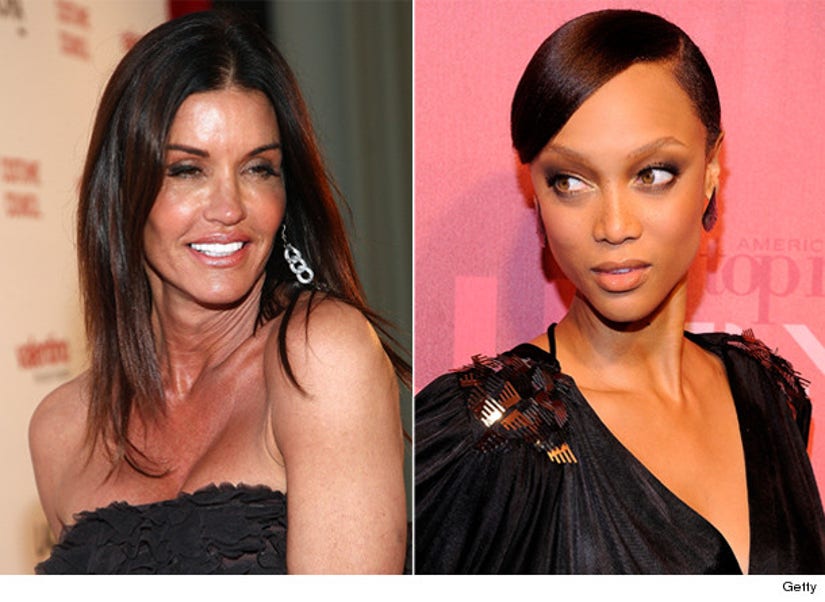 Janice Dickinson is known for being outspoken, but she's really going after her former boss Tyra Banks and "America's Next Top Model."

In an interview for FilmOn.com posted Monday, the supermodel turned reality TV star says the modeling competition, which she served as a judge from Seasons 1-4, is rigged.

Janice says she quit the show after realizing her vote never counted. Instead, she claims CoverGirl ultimately picks the winner (the winning model signs a $100,000 contract with the cosmetics company and appears in nationwide campaigns).

The video refutes earlier statements Janice made saying she was fired from the show. Back in 2005, she told Radar Magazine, "I got fired. After a few episodes I began getting labeled a bitch, and that got to me. I was just telling the truth and I was saving these girls from going out there and being told that they're too short, too fat, their skin's not good enough. I was to 'America's Next Top Model' what Simon Cowell is to 'American Idol.'"

Janice Dickinson's bold claims come right before the finale of "America's Next Top Model: All Stars." Previews for Wednesday's episode show that one of the three finalists is disqualified after disclosing information to the producers. The disqualification would be a first in the show's 17 seasons -- and to come during the finale will surely raise questions.

The CW, the network that airs "Top Model," has no comment. Sources close to production tell toofab Dickinson's claims are absolutely not true. Calls to Covergirl and 10x10 Productions were not returned.

Do you believe Janice? Tell toofab in the comments below!