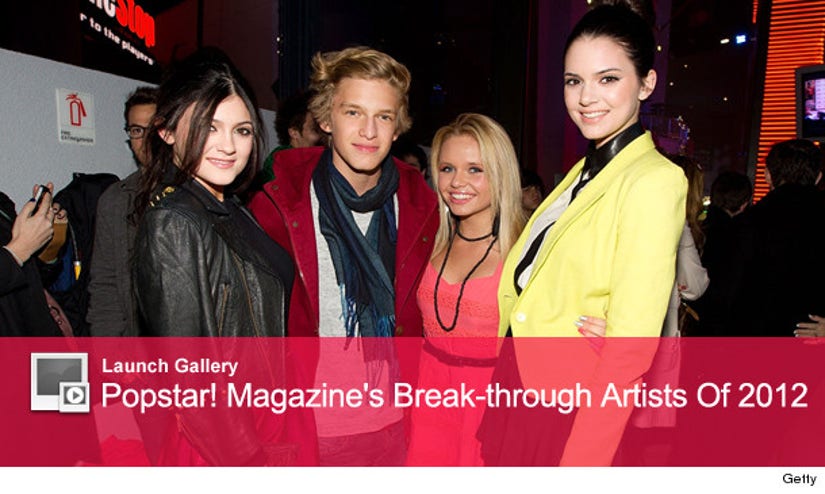 Kylie Jenner is making it official with Australian boyfriend Cody Simpson -- by stepping out on the red carpet with him for the first time!

The two, who started dating after meeting at the "Breaking Dawn" premiere last month, posed together at Popstar! Magazine's Breakthrough Artists of 2012 party at Buca di Beppo at The Grove. They were joined by Kylie's sister Kendall and Cody's sister Ali.

This was their first event in public as a couple for the 14-year-old Kardashian sister and 14-year-old singer.

Do you think they make a cute duo?