They're part of the cult of Apple, clutching their iPhones and worshipping the faceless goddess Siri.

Blake Lively, Michael J. Fox, Whoopi Goldberg and Jane Krakowski are just some of the stars who flocked to the new Apple store in Grand Central Station.

"Gossip Girl" Blake had some fun with and iPad 2 and a gawking Genius and later checked out a MacBook.

You can check out all the stars by clicking on the "Launch Gallery" below: 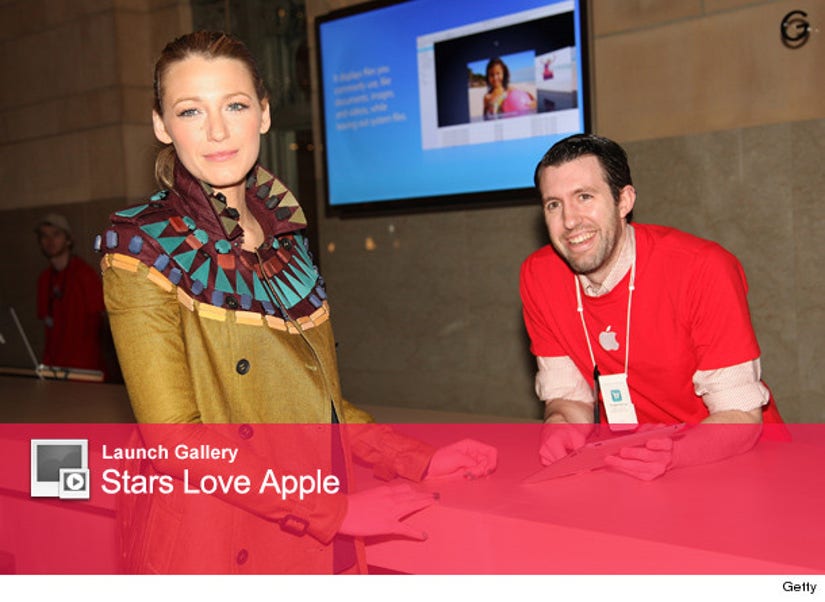