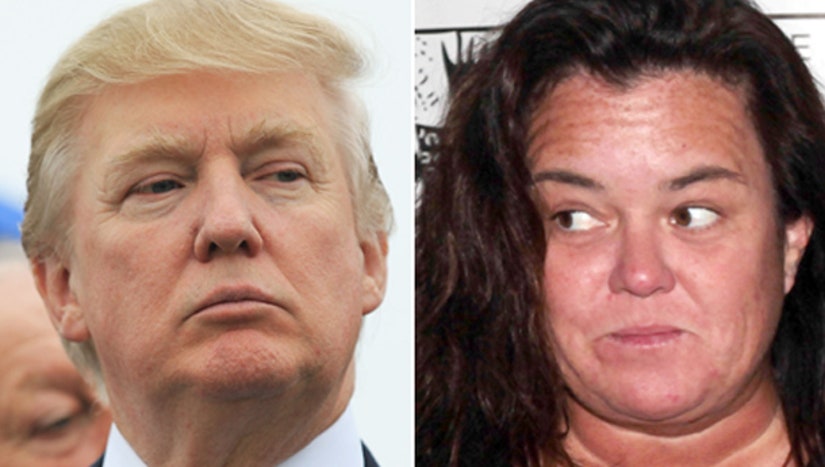 Rosie followed up with a tweet of her own, asking "how many billionaires sell ties and have crappy non reality shows - none - go back to selling snake oil - #bankruptmuch?"

Donald then got personal, targeting Rosie's new fiancee Michelle Rounds. "I feel sorry for Rosie's new partner in love whose parents are devastated at the thought of their daughter being with @Rosie--a true loser,” he posted.

Donald's last quote on the matter read, "Save your time @rosie and focus on your horrible ratings, and don't mention my name on talk shows anymore or you will get more of the same."

Whose side are you on? Donald's or Rosie's? Or do you just want both to disappear? Tell toofab in the comments below!