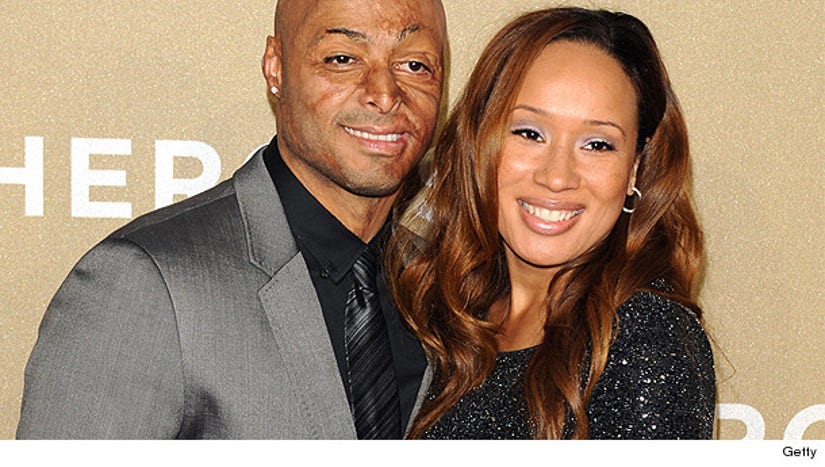 Winning "Dancing with the Stars" doesn't compare to J.R. Martinez's next gig: Fatherhood!

The Iraq war vet and girlfriend Diana Gonzalez-Jones are expecting their first child together, due in the spring.

He broke the news yesterday to PEOPLE, telling the mag the couple is having a girl and "With the holidays coming up, this is the biggest and best gift we could get."

His "Dancing" partner Karina Smirnoff offered up some congratulations on Twitter, telling him "heard the news @knowjr Congratulations! So happy for u! Can't wait to meet baby Diana!” -- with J.R. responding "you'll teach em dancing. lol."

J.R. is definitely one proud papa-to-be, and has been non-stop tweeting since the news broke.

"Big #thanks to everyone for the well wishes and funny comments. Didn't think it would be such news but happy for the luv! #fatherhood," he said, before adding "First thing that crossed my mind when we found out we were having a girl.All the #emotional feelings, all the #beautyproducts, & the #OMG 's"

Martinez and Gonzalez-Jones met on the set of "All My Children," he was acting in the show and she was working as an assistant to the soap's executive producer.