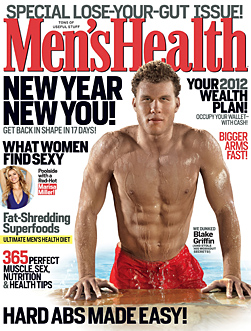 That's definitely evident in the L.A. Clipper's new "Men's Health" photo shoot. Blake stripped down to his swimtrunks for the wet and wild pictures, showing off his buff bod.

During the dispute, the 22-year-old stayed in shape by supplementing his shooting drills with an hour of yoga 3 days a week, and hitting the gym afterward for a workout.

He also spent the time reflecting, and shared his thoughts with the magazine.

Blake: “I constantly heard that all I do is dunk…And I can understand it. There aren’t SportsCenter clips of me shooting 15-foot­ers.”

On his most proud game from last season against the Pacers…

Blake: “Most of my baskets came from midrange jumpers…I was the finesse player peo­ple said I couldn’t be. I’m excited to show how I’ve added to that part of my game.”

On recovering from injury…

Blake: “There were days when I didn’t feel like going through the same routine…But I learned that if you’re positive, any situ­ation can be a chance to improve yourself.”

On the importance of being a team player…

Blake: “I recently got to talk to Magic John­son…He said he used to tell individual teammates, ‘Come in before practice and work with me.’ He emphasized that being a leader isn’t about just pushing yourself. It’s also about motivating teammates.”

On life after the NBA…

Blake: “A lot of older guys have told me how quickly it goes by…and that suddenly I’ll be in panic mode, trying to figure out what to do next. I figure it’s never too early to start planning ahead.” 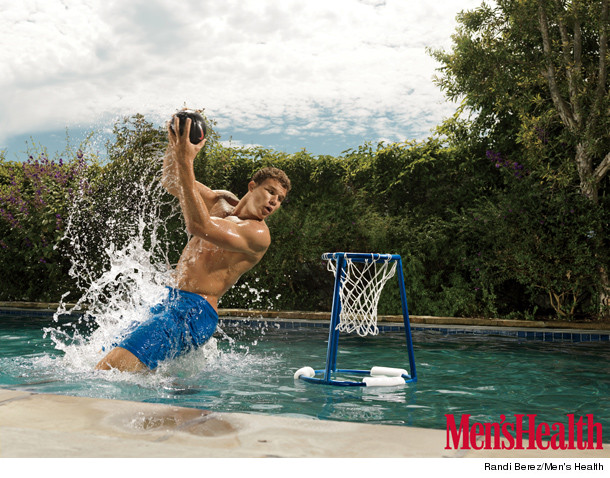 For more of Blake's interview, click here. The January/February 2012 issue of Men's Health is on newsstands now.

This Reality Star Made His Move on Jen Garner on Instagram

Whoopi Breaks Down After Patrick Stewart Invites Her to Star Trek: Picard

RHONJ Recap: Melissa Gorga Explodes on Jennifer Aydin for Chucking Utensils Across the…

The New ‘To All The Boys: P.S. I Still Love You’ Trailer Will Make You Swoon The Emotional Meaning Of The January 2020 New Moon Is Revolutionary Your Astrological Sign Actually Has A Chinese Zodiac Personality Match

Celebrities react to Trump's Senate impeachment trial: 'This is a disgrace' Meghan Markle's dad admits he was 'jealous' Prince Charles walked her down the aisle at royal wedding Meghan Markle's dad says royal family is 'stiffer' than Duchess' American relatives