"(500) Days of Summer" stars Zooey Deschanel and Joseph Gordon-Levitt are together again -- and cuter than ever!

The hipster twosome reunited online this week to perform an impressive acoustic version of Nancy Wilson's "What Are You Doing New Year's Eve?"

Zooey, who now stars on the breakout show "New Girl," and Joseph, who's been covering other people's songs during concerts all year, sound pretty good together, don't they?

According to Deschanel, the two have known each other for 12 years and she considers him "one of my dearest friends."

Now that she's single again, who else secretly hopes the friendship develops into something more? 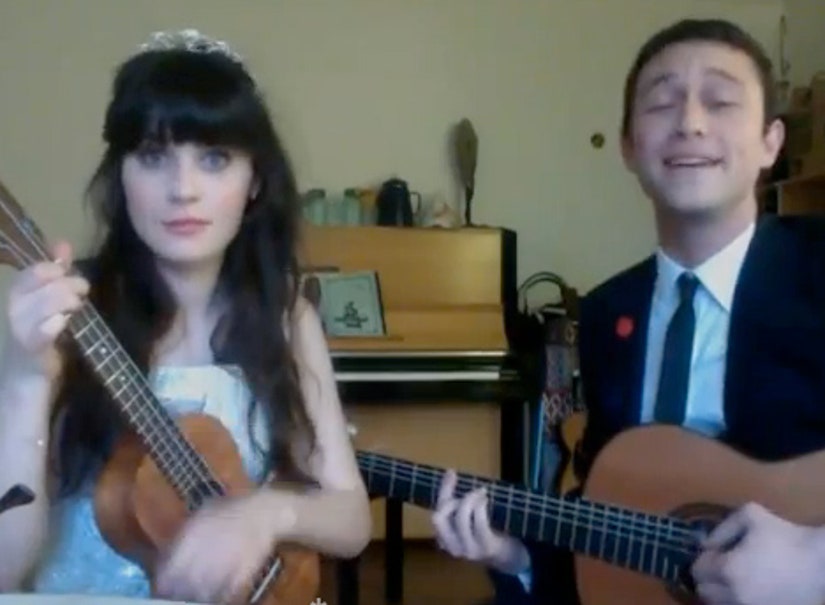