Brandi Glanville is a married woman again ... but not for long!

"Yes, I'm married get over it!" the reality starlet tweeted with this photo outside a wedding chapel, but quickly adding "but not for long!"

Brandi's new husband Darin, shown below with her earlier that evening, also tweeted the news but was in disbelief over marrying his "best friend forever." 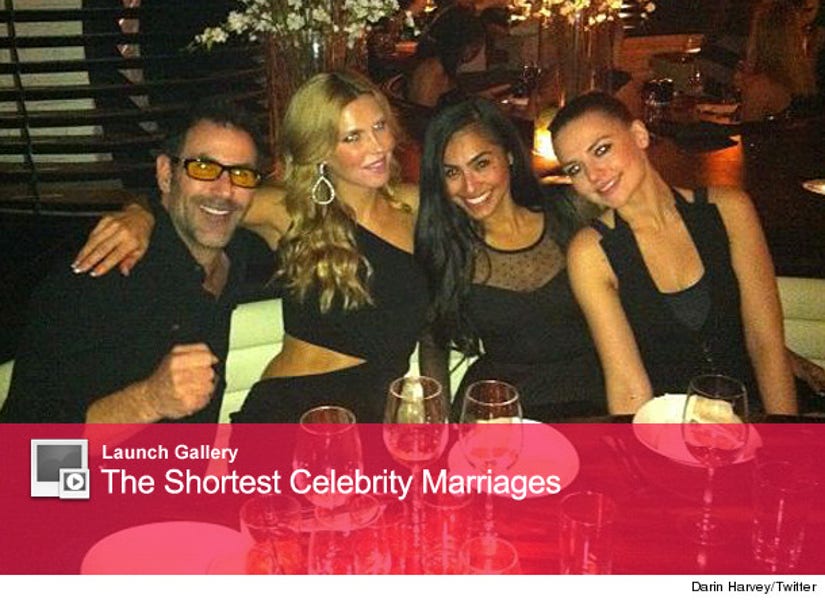 "@BrandiGlanville did we really do it. remember Elvis then blacked out. Did I have you sign anything," he asked. Alcohol appeared to play a factor in their decision. "It's a big blur bottle of Patron Elvis now I'm married. At least shes hot and sane."

Seems like their union won't last long. Early Monday Darin posted, "no worries was a drunken BFF thing getting annulled."

Glanville was married to Eddie Cibrian, who famously left her after meeting LeAnn Rimes on the set of a TV movie. Eddie and LeAnn married in April 2011.

Click on the "Launch Gallery" above to see the shortest celebrity marriages.

@BrandiGlanville did we really do it. remember Elvis then blacked out. Did I have you sign anything