Taylor Armstrong's volatile marriage to Russell Armstrong finally came to an end during last night's episode of "Real Housewives of Beverly Hills" -- with Taylor telling the other girls "My marriage is over."

Taylor broke the news to Lisa Vanderpump and Kyle Richards over the telephone, as they were in Hawaii celebrating Mauricio's birthday with Camille Grammer, Adrienne Maloof and Brandi Glanville.

"It's over," Armstrong said while choking up. "We're done. He's moving out, He's going to be gone ... This has not been working for a very long time.

The women looked shocked as she continued "I just said, before we hurt each other anymore and before we hurt this little girl [daughter Kennedy], we have to stop it and so we're just going to do it in a nice way and hopefully move forward in our lives and try and be the best co-parents we can be to my daughter."

Taylor's split came on the heels of a very huge blowout on the show, as she and Russell were uninvited to Kyle's White Party after Russell threatened to sue Camille for repeating allegations of physical abuse on camera.

On last night's episode, that nasty fight and how it was affecting her friendships definitely seemed to factor into her decision to leave Russell.

"We both recognize that we have a very toxic marriage and that were unhealthy together," Taylor added. "My hand to god, i feel so at peace."

The Hawaii episodes were filmed back in June -- less than two months before Russell's suicide. 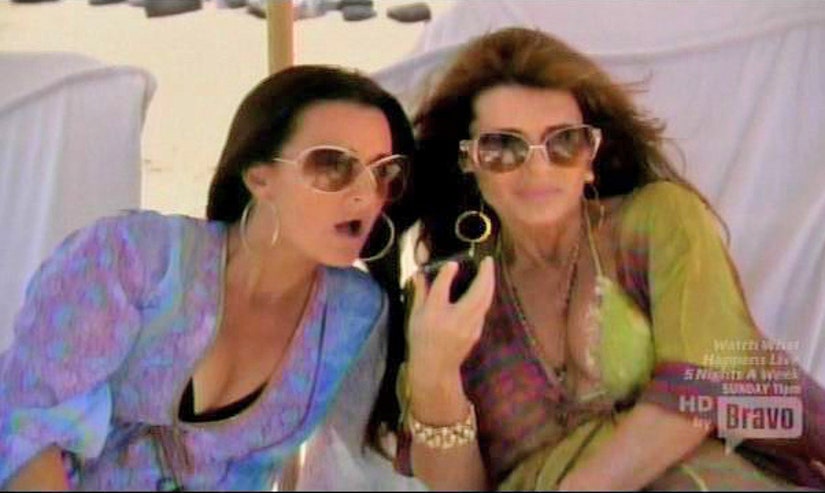