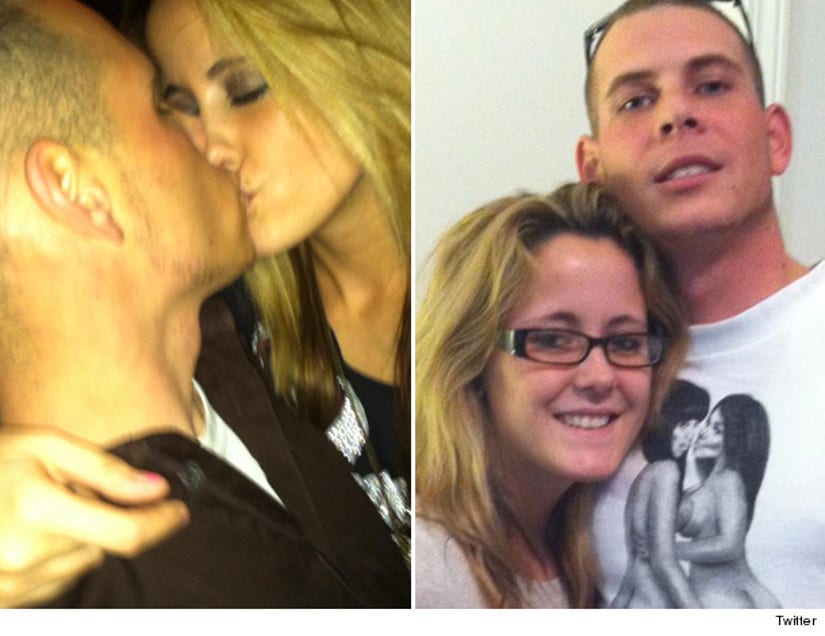 "New years kiss :)" the troubled reality TV star tweeted on the 1st, with a photo of her kissing rumored beau Gary Head.

Though she repeatedly calls him her "baby" all over Twitter, Jenelle insists they're not officially together ... for now. "He isn't my man yet," she tweeted after fans continued to write in.

If it does become something more, hopefully it turns out a little better than her last relationships.

Her baby daddy, Charles Andrew Lewis, bolted after she had son Jace, ex-boyfriend Kieffer Delp is in jail and her latest man, Jason, reportedly cheated on her.