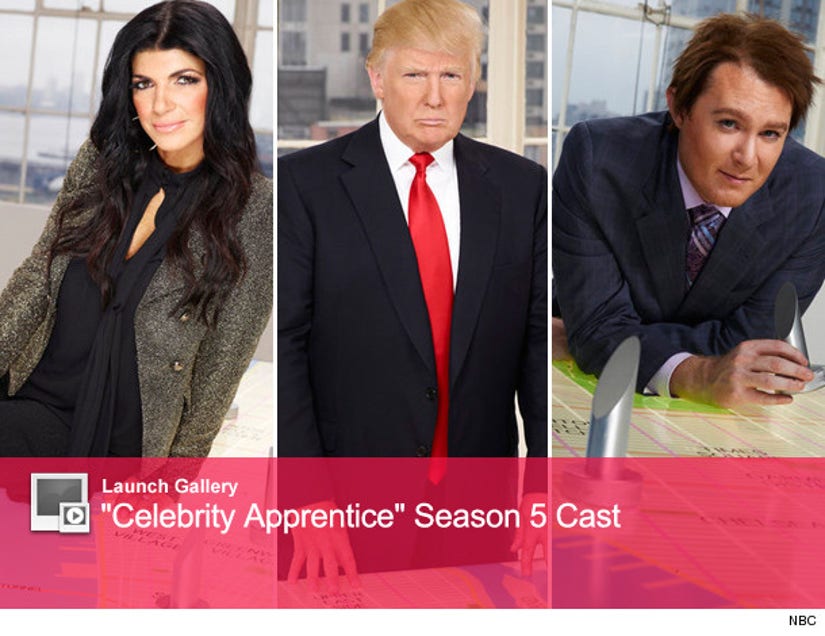 The latest cast of "Celebrity Apprentice" has been officially announced -- and we've got one of the "Real Housewives," a former "American Idol" star, aging rockers and a former supermodel.

Teresa Giudice, Clay Aiken, Dee Snider and Cheryl Tiegs are only 4 of the 18 "stars" picked for the new season ... the fifth of the "Celebrity Apprentice" series.

Check out the gallery above to see the whole cast.

“This season of 'Celebrity Apprentice' will be the most exciting yet," Donald Trump said in a statement. "The show will be great, with a record number of contestants and 15 episodes. We are thrilled to bring 18 new and talented celebrities who will help me make 'The Celebrity Apprentice' one of the hottest shows on television this spring."

Joining Donald in the board room as his advisors are children Ivanka, Donald Jr. and Eric Trump.

The show premieres Sunday, February 12 at 9pm on NBC.