Darren Criss is best known as Kurt Hummel's adorable boyfriend Blaine on “Glee,” but he can now add a new line to his resume – Broadway star!

Darren kicked off a 3-week stint in “How To Succeed in Business Without Really Trying” on Tuesday night at the Al Hirschfield Theater in New York City. The 24-year-old heartthrob has no small shoes to fill – he's taken over the lead role of Finch from Mr. Harry Potter himself, Daniel Radcliffe, who left the musical after 10 months.

After his big debut, Darren joined his cast, family and friends for an after-party at the famous Manhattan spot Sardi's … where we're sure he also celebrated his alma mater Michigan's big Sugar Bowl win over the VA Tech Hokies!

Click Launch Gallery below to see shots of dapper Darren on his big night. 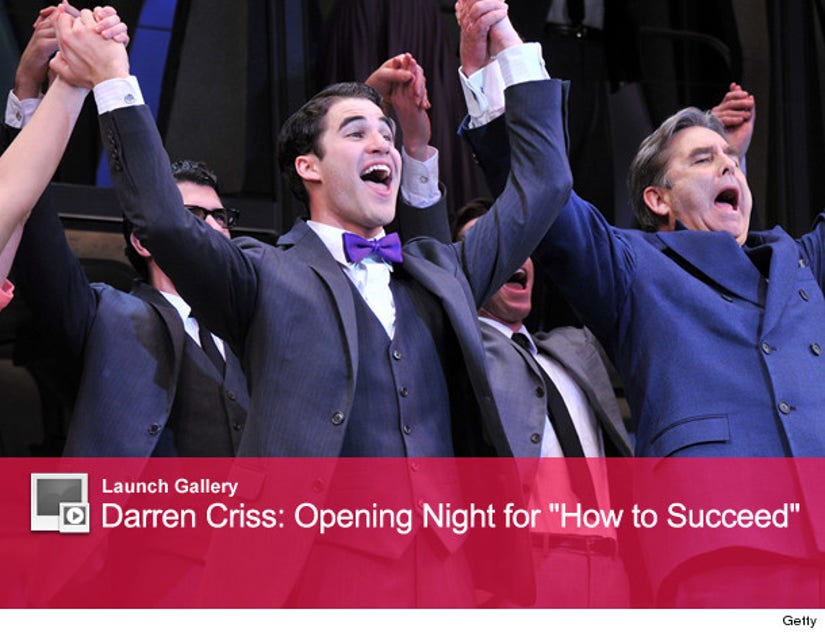 Will you be heading to Broadway to see Darren? Let toofab know in the comments below!