Mila Kunis and Natalie Portman are two of Hollywood's most beautiful actresses.

They played rivals in "Black Swan" and now have dueling ads for Dior. Mila was just named the new face of the fashion house, and stars in their new spring/summer 2012 ad campaign featuring the iconic Miss Dior handbag.

"I am absolutely thrilled to be working with Dior. The brand is iconic in so many ways. It defines fashion, elegance and sophistication."

Natalie joined Dior in late 2010, but blasted Dior designer John Galliano after his "I love Hitler" video surfaced (Natalie is Jewish). Her campaign for Miss Dior Cherie perfume debuted a year ago, and her latest ad (for Diorskin) in August.

Check out both ads below and tell toofab which Dior beauty's ad is sexier! 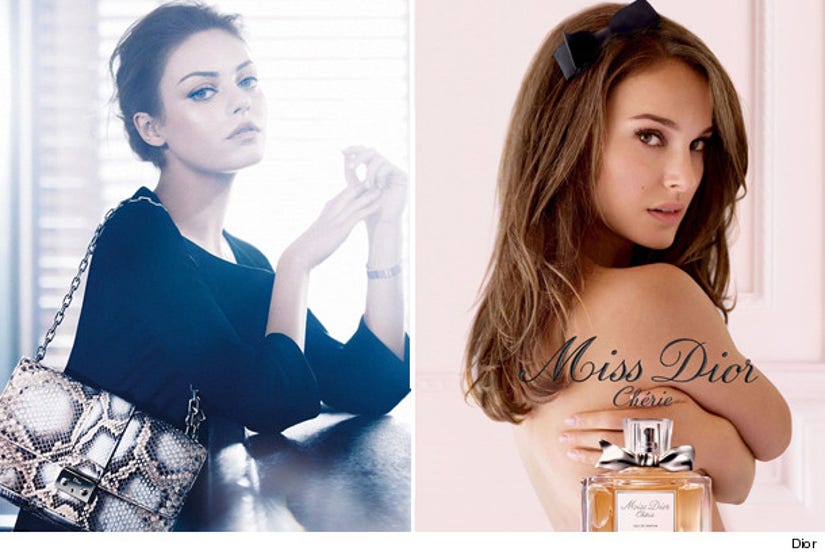