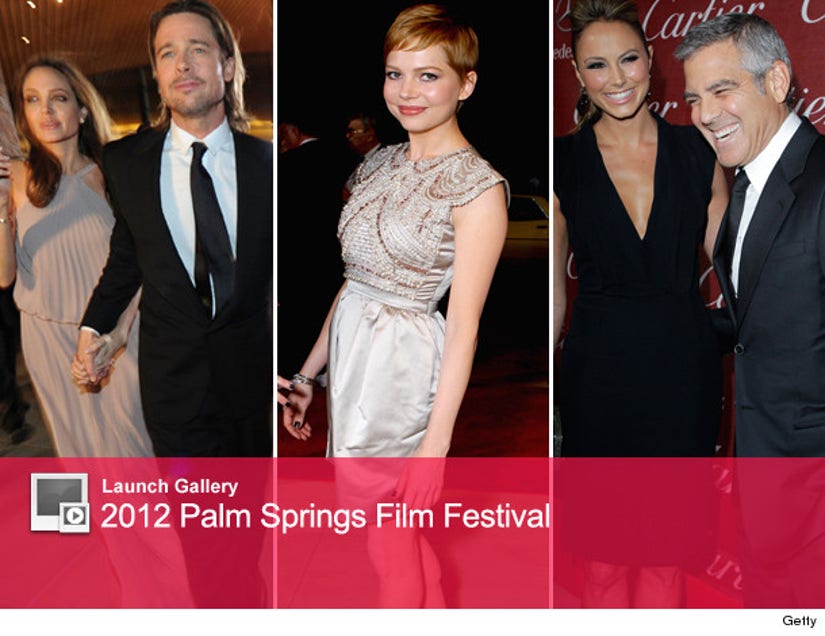 The festival's Awards Gala is usually a good barometer for how the Academy Awards will play out -- with many of the attendees also scoring Oscar noms.

As for the arrivals, Brad Pitt stuck out thanks to his cane. According to reports, he said he injured himself after tripping while holding one of the twins. His "Oceans Eleven" co-star Clooney also made a statement on the red carpet, by showing up with girlfriend Stacy Keibler by his side.

Check out all the arrival shots above!