Charlize Theron hit the desert over the weekend, where the stunning blonde was honored for her extensive work in films!

The 36-year-old former model was bestowed with the "Variety Indie Impact Award," presented by Mercedes-Benz, at the 2012 Palm Springs International Film Festival at the Parker Palm Springs on Sunday. The award celebrates Charlize's contributions to the art and business of cinema. With 30 films under her belt including one Academy Award win, we can't think of a more worthy recipient.

Also honored at the brunch were “Variety's 10 Directors to Watch,” a group of new hot directors who will be making their own impact on the film world in the years to come. Celebs like Patton Oswalt and “The Descendants” star -- and Golden Globe nominee -- Shailene Woodley also turned out to celebrate Charlize and these young talents.

Click “Launch Gallery” below to check out photos from the star-studded celebratory brunch! 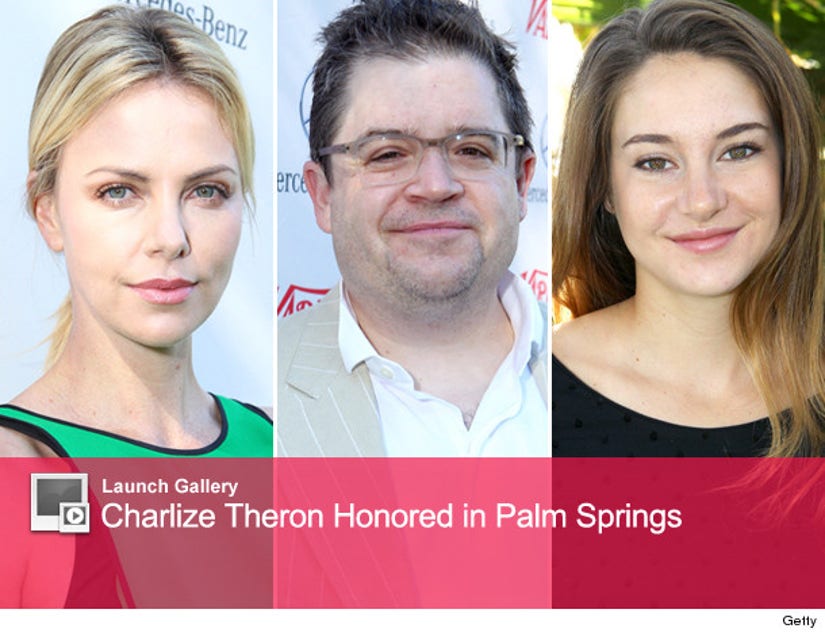