Angelina Jolie stepped out last night for the New York Film Critics Circle Awards in a sexy leather skirt, which immediately made us think of the leather dress she wore during the "Mr. & Mrs. Smith" premiere way back in 2005.

That one dress solidified Angie's vixen image, along with her rumored -- and later confirmed -- relationship with costar Brad Pitt.

Fast-forward six years and Brad and Angelina are still together with six (!) kids. Motherhood has definitely softened Angelina, but it's nice to see she can still rock a sexy look. Click on the "Launch Gallery" button to see more of Brad, Angelina and the rest of the attendees: 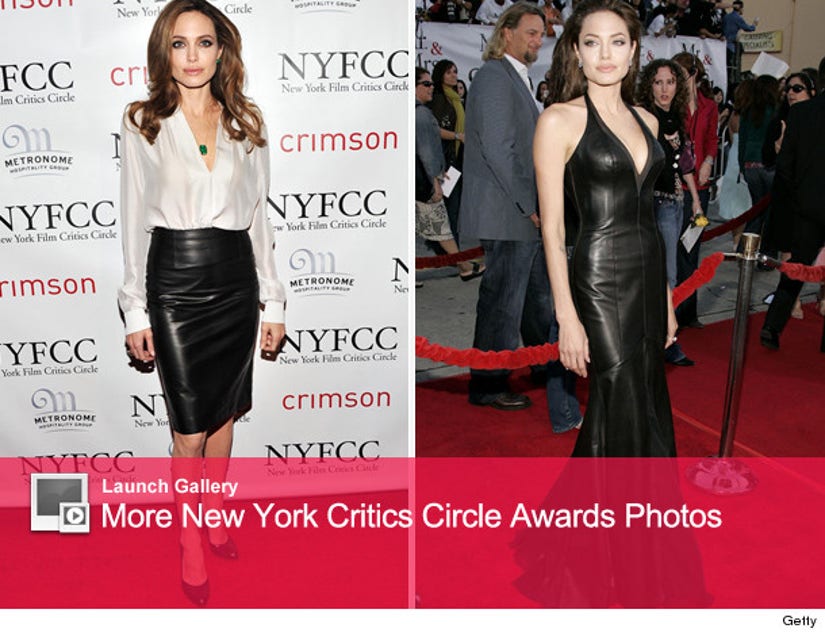