Photos By TooFab Staff | January 10, 2012 11:30 AM
Stella McCartney celebrated the opening of her latest boutique with a star-studded soiree in NYC last night. The SoHo outpost drew an impressive crowd of fashionable faces like Naomi Watts, Liv Tyler, and newlyweds David Lauren and Lauren Bush Lauren. The Laurens are fresh off a romantic getaway to Jamaica where David lounged shirtless and Lauren slipped into a bikini while relaxing on the beach with Stella's dad, Sir Paul McCartney.

Following the store opening, the designer led a group of editors to Manhattan's One If by Land, Two If by Sea for a sneak peek at the Stella McCartney Autumn 2012 collection. Funny guy Jason Sudeikis popped by for a quick appearance. Jason's girlfriend, newly short-haired Olivia Wilde, couldn't join since she's prepping for the 2012 award season. Stella likewise has a busy schedule ahead, with Spring Fashion Week kicking off in the Big Apple on Feb. 9.

Click "Launch Gallery" below to see the star-studded night! 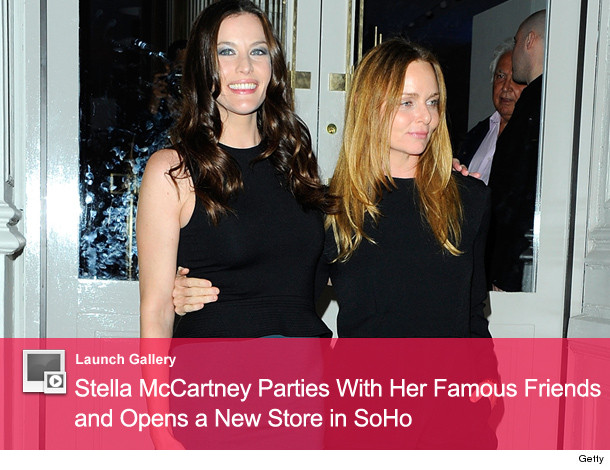 If You Like Clever Things, These 39 Products On Amazon Will Fascinate You This Video Of Kim Kardashian Trying Improv Comedy Takes Her Out Of Her Comfort Zone How Long Will McDonald’s Shamrock Shake Be Available In 2020? Grab One Soon