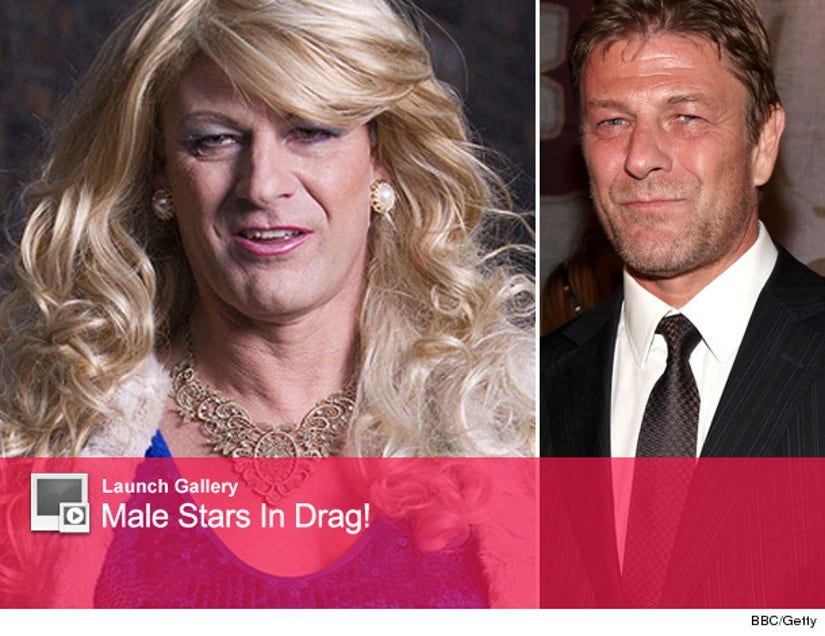 What would Ned Stark think?!

"Game of Thrones" star Sean Bean's latest role is a complete 180 from his gig on the HBO fantasy show about kings, battle and dragons: He's doing drag!

In upcoming episodes of the BBC series "Accused," Bean plays an English teacher "whose alter ego Tracie's unconventional quest for love entangles him in an affair that leads inexorably to a terrible crime of passion."

Sounds juicy ... but is that one of Kim Zolciak's wigs?

Bean is the latest in a long line of male stars who have thrown on a wig and some heels for a job. Check out more guys in the gallery drag above.