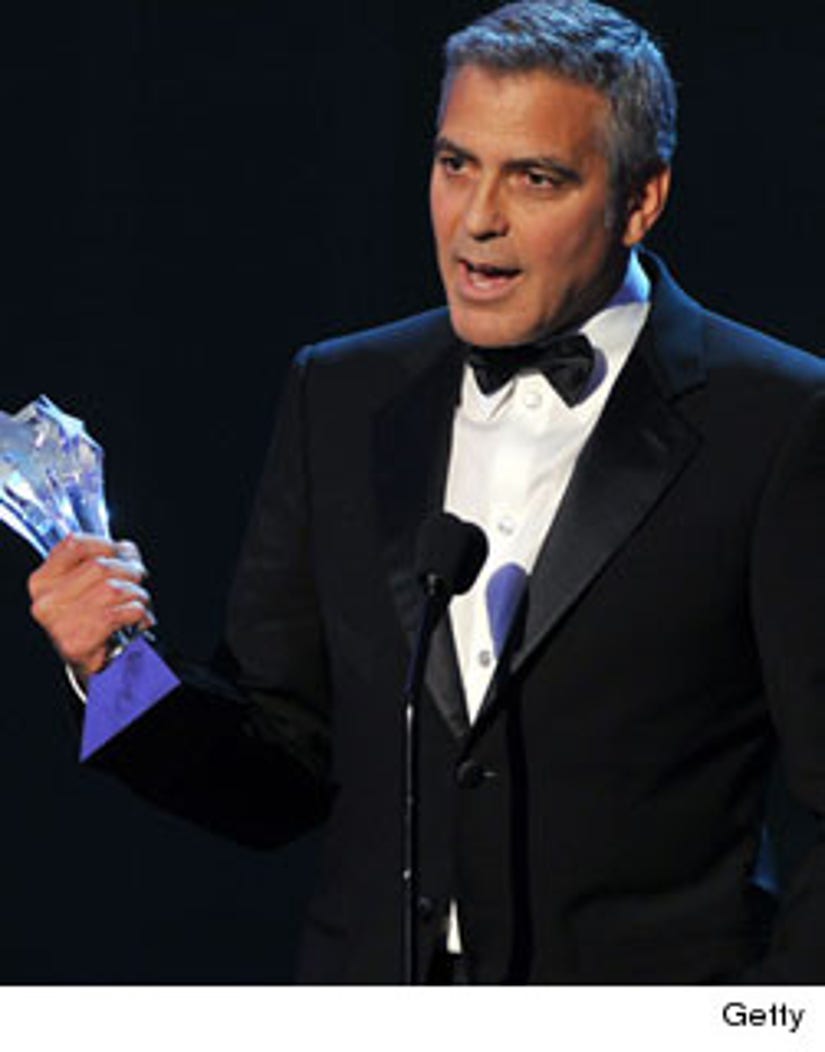 (AP) -- "The Artist" waltzed away with its first wins of Hollywood's awards season.

The black-and-white ode to the silent-film era directed by Michel Hazanavicius led winners with four honors at Thursday's 17th annual Critics' Choice Awards, presented by the 250 members of the Broadcast Film Critics Association.

"I made a silent movie," French director Hazanavicius joked in English while accepting the award for best picture. "I don't like to speak so much."

"The Help," the adaptation of Kathryn Stockett's best-selling novel about black maids speaking out about their white employers during the civil-rights movement, followed behind "The Artist" with three wins in the ceremony's acting categories: Viola Davis as best actress, Octavia Spencer as best supporting actress and the film's cast as best acting ensemble.

Others who accepted trophies at the lavish Hollywood Palladium ceremony included George Clooney as best actor for "The Descendants," Christopher Plummer as best supporting actor for "Beginners" and Thomas Horn as best young actor for "Extremely Loud and Incredibly Close."

"Frankly, I didn't even imagine I would get this, but I have," beamed a surprised Horn.

Funnymen Paul Scheer and Rob Huebel hosted the ceremony, which was broadcast live on VH1.

Other winners included "Bridesmaids" as best comedy movie, "Drive" as best action movie, "Rango" as best animated feature, "Midnight in Paris" as best original screenplay, "Moneyball" as best adapted screenplay, "The Girl With the Dragon Tattoo" for best editing and "Harry Potter and the Deathly Hallows: Part 2" for best makeup and best sound.