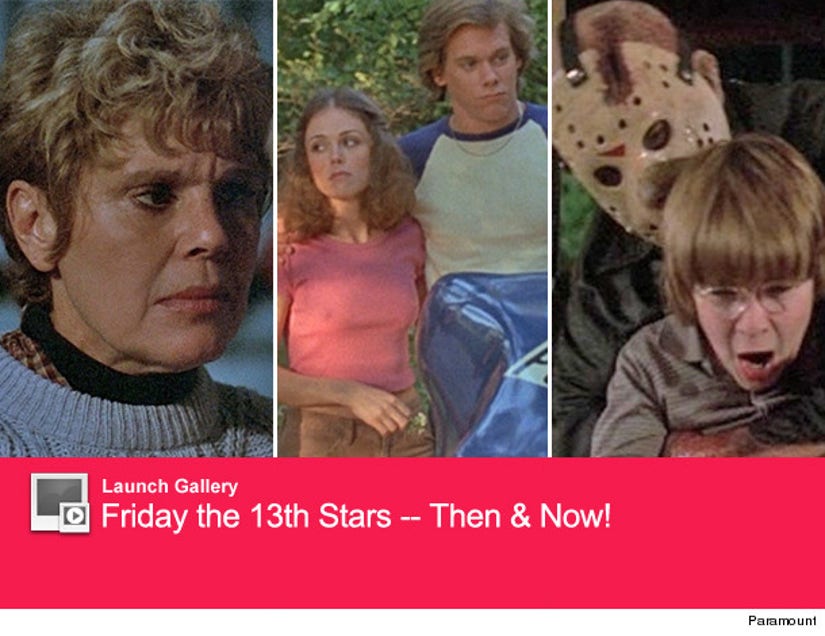 It's Friday the 13th -- and to mark the occasion, we're checking in on the many teens who have faced off against Jason Voorhees since the first flick back in 1980.

A few unlikely stars have had some humble beginnings in the killer franchise, including Corey Feldman, Crispin Glover, Kelly Hu and, most notably, Kevin Bacon ... who appeared in the first flick.

Mrs. Voorhees, Tommy Jarvis, telekinetic teen Tina and more -- see if time has been kind to the "Friday the 13th" stars.