"One Life to Live" aired its final episode today, and while it tied up a few loose ends, it also left one heck of a cliffhanger.

The episode actually taped back in November, when there were still talks about bringing the show to the internet. Unfortunately, those plans fell through and the show has officially ended after a 43-year run.

In the final minutes, we see Nora and Bo welcome their first grandchild, Viki accept a proposal from Clint, and Cole released from jail. Todd and Blair have their lovemaking session interrupted by John McBain, who charges Todd for the murder of Victor Lord Jr., who in the very last scene is revealed to be alive! Whew!

Hopefully, it's not the end of the road for the actors on "One Life to Live." A few cast members are moving over to sister soap "General Hospital." Ryan Phillippe, Hayden Panettiere and Tommy Lee Jones all found success after their stints on the soap. See who else made their way through Llanview. 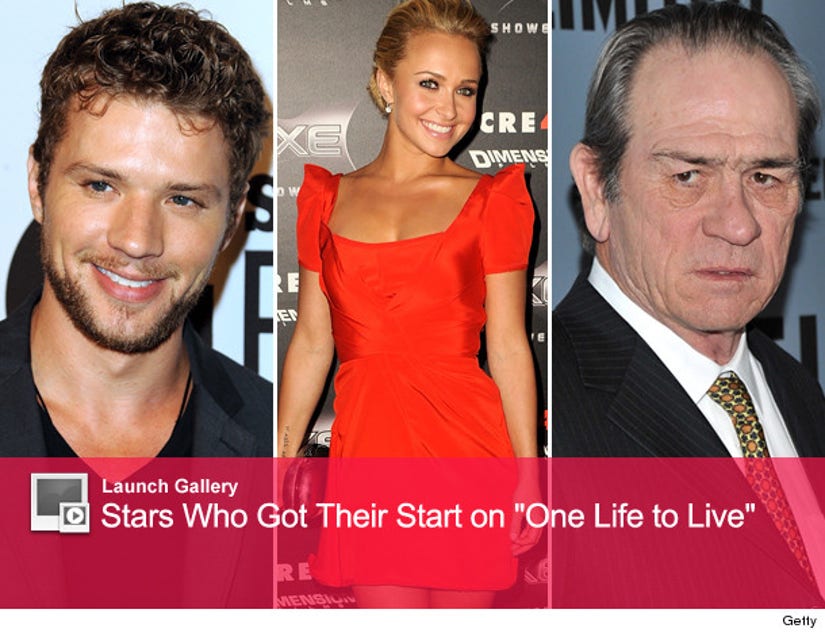 "One Life to Live" will be replaced by "The Revolution," a lifestyle show hosted by Tim Gunn and Ty Pennington, among others. Will you miss "OLTL"? Tell toofab in the comments below!