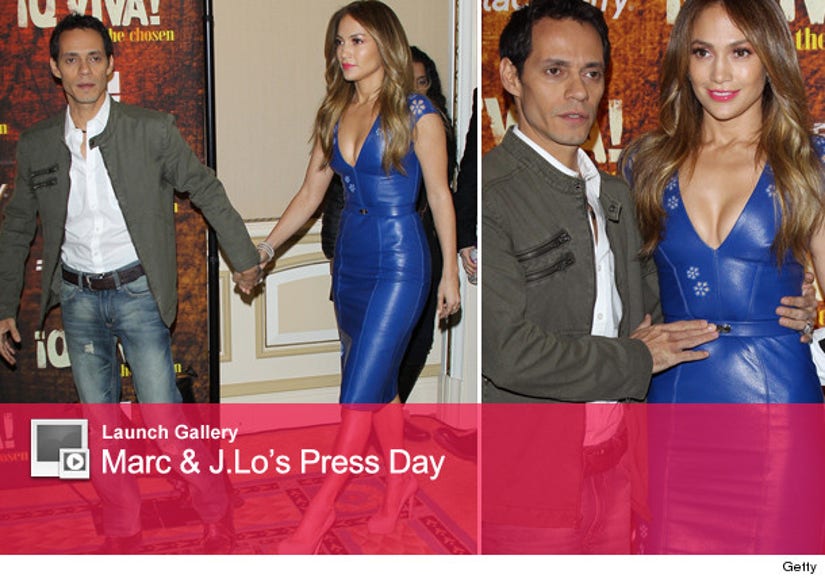 If the split between Marc Anthony and Jennifer Lopez is a bitter one, they're realllllly good at hiding it.

The two hit the 2012 TCA Winter Press Tour together in L.A., where they arrived hand-in-hand to promote their new Univision show "Q'Viva" earlier today.

Despite the fact they're both dating much younger people now, Marc and Jennifer appeared very affectionate during the photo call, where Anthony even held onto J.Lo's waist.

Jennifer, by the way, looked incredible in a tight blue dress!

The press conference for the show was reportedly "awkward," as press were barely given any time to ask questions -- likely to avoid anyone asking the former couple anything uncomfortable.

At one point, Marc took time to look at all the rings on Jennifer's left hand -- where his massive wedding ring to her once sat.

Check out the awkwardly affectionate pics above.