LAS VEGAS (AP) — The nation's newest Miss America is a 23-year-old Wisconsin brunette who had long conversations with her family mulling whether or not to make her father's jail time for mail fraud the heart of her campaign in the beauty pageant.

While her competitors pushed platforms including promoting the health benefits of milk and protecting the environment, Laura Kaeppeler (KEP'-ler) said she wants children of incarcerated adults to feel less alone, to have mentoring and as much of a relationship with their parents as possible.

"There are many of you out there — and I was one of them — but it doesn't have to define you," Kaeppeler told The Associated Press after winning the crown and $50,000 scholarship on Saturday night.

To win, she said beauty queens and politicians should remember they represent all Americans, sang an opera song and strutted in a white bikini and black evening gown.

Her looks, smarts and personal vocation impressed a panel of seven celebrity judges enough to give her the next year with the title. Click on the "Launch Gallery" right below to see her winning moment and photos from the swimsuit competition. 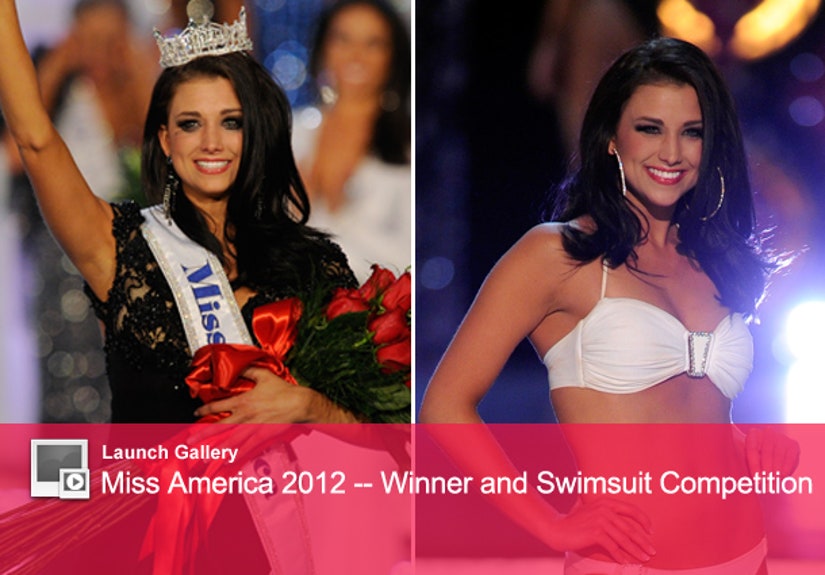 Kaeppeler estimated that there are more than 2 million children with a parent in jail.

Kaeppeler's father, Jeff Kaeppeler, told the AP he served 18 months in federal prison for mail fraud, a sentence his daughter said started as she was graduating high school and entering college.

Jeff Kaeppeler said when his daughter approached the family about making the personal topic her chosen platform, they supported it even though they knew it would be discussed publicly.

"It taught us that God can turn anything into good if you let him," he said. "Laura is totally on board with that idea. She let that drive her and inspire her this past year to get ready for this.

"We've seen a miracle," he said while waiting backstage for a news conference in which his daughter called him her "best friend" and briefly took pictures with him onstage.

"I love you," he whispered to her as dozens of cameras snapped photos.

"If you're watching, Aaron Rodgers, call me," she said, referring to the football team's superstar quarterback.

She was good enough during preliminary competitions to be chosen as one of 15 semifinalists who moved on to compete in the pageant's finale. Her bid lasted through swimsuit, evening wear, talent and interview competitions that saw cuts after each round.

She was asked minutes before being crowned whether Miss America should declare her politics.

"Miss America represents everyone, so I think the message to political candidates is that they represent everyone as well," she said. "And so in these economic times, we need to be looking forward to what America needs, and I think Miss America needs to represent all."

The pageant aired live to east coast viewers on ABC and tape delayed to the rest of the country. The event was the culmination of a week of preliminary competitions and months of preparations for the titleholders from all 50 states plus the District of Columbia, Puerto Rico and the U.S. Virgin Islands.

Kaeppeler, of Kenosha, Wis., some 40 miles south of Milwaukee, said her crowning moment was a blur.

"I was crying even before my name was called," Kaeppeler said. "It was just surreal to have this honor."

She replaces Teresa Scanlan of Nebraska, who won last year at age 17 and plans to use her scholarship to pay for law school. 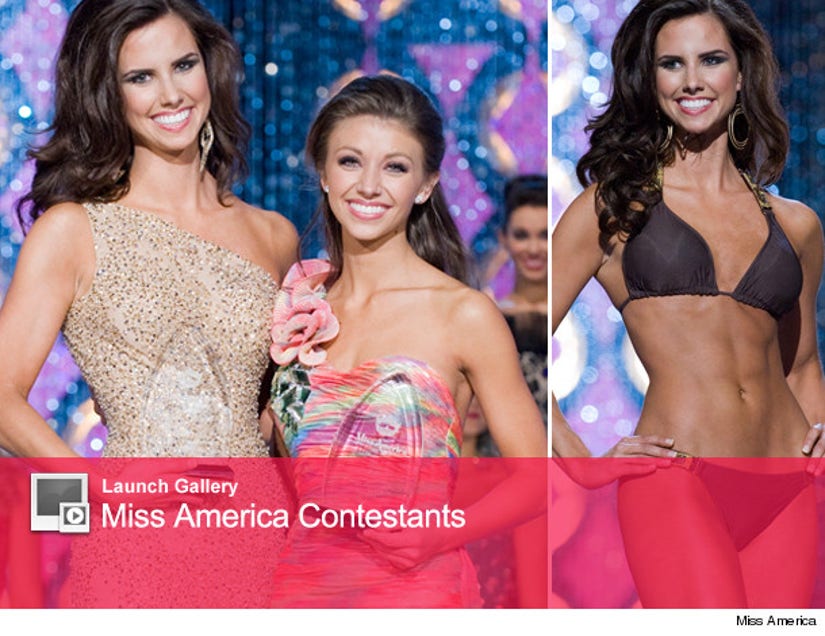 As the new Miss America, Kaeppeler will spend the next year touring the country to speak to different groups and raising money for the Children's Miracle Network, the Miss America Organization's official charity.

She majored in music and vocal performance at a private Lutheran liberal arts college in Kenosha, and told pageant officials initially that she planned to obtain a master's degree in speech and language pathology and become a speech therapist.

But that changed once she became Miss Wisconsin.

She now says she intends to use the scholarship money to pursue a law degree and become a family attorney who specializes in helping children of incarcerated adults.

"I really feel like I've been called to work in this," she said. "Whether I became Miss America or not, this is something that I would pursue in my career no matter what."