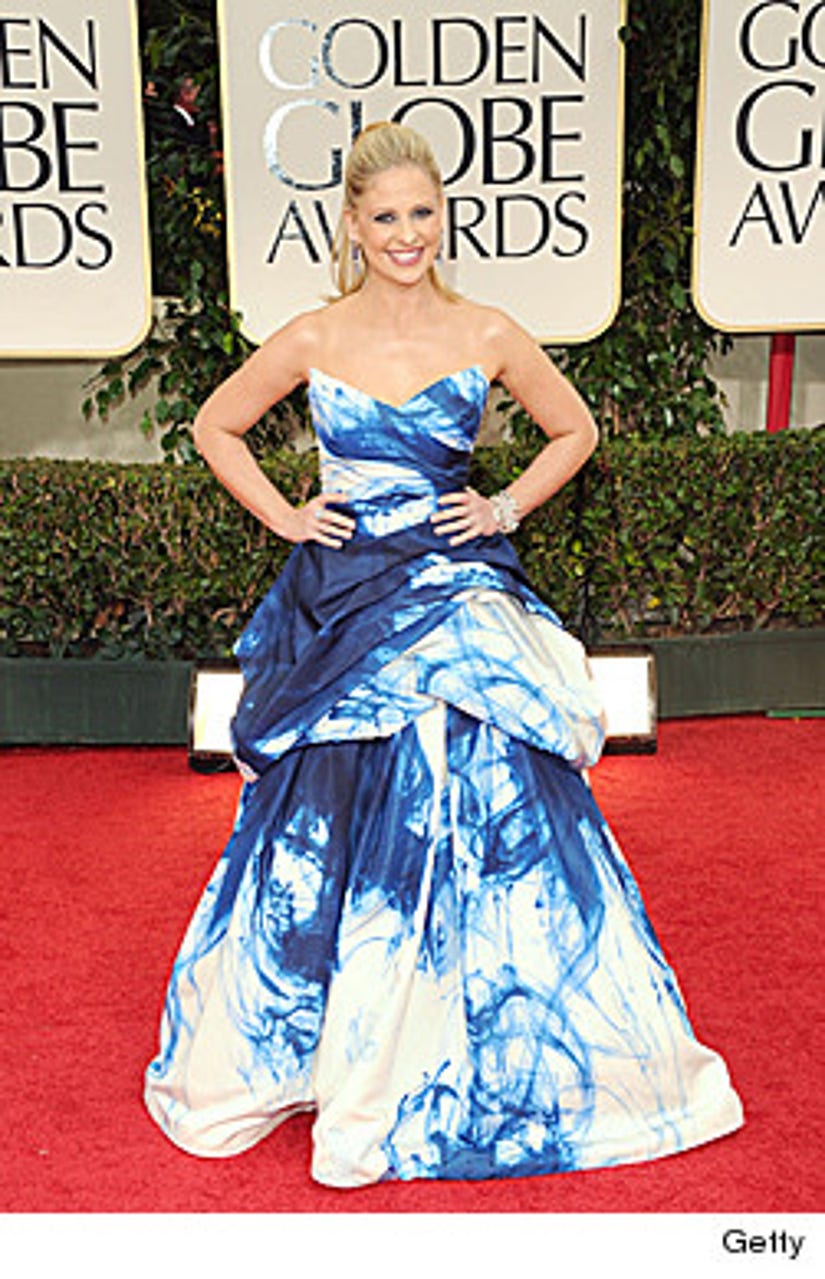 It's been awhile since we've seen Sarah Michelle Gellar at a major awards show.

The TV star hit the red carpet at the Golden Globes in a dress that her young daughter Charlotte helped pick out ... and to be honest ... it looks like something only a child would like.

We here are toofab aren't loving it, are you?

The night has just started and we'll see lots more great fashion. But take a look at the worst dressed stars of Golden Globes' past in the meantime.

Who can forget Lara Flynn Boyle's pink, high-heeled, lace tutu dress she wore to the Globes in 2003? Boyle would have received less flack if she just wore a pair of jeans and a t-shirt!

Helena Bonham Carter was a complete mess in 2011. Not only was her Vivienne Westwood dress an assortment of print and lace, but she also wore two different colored shoes! 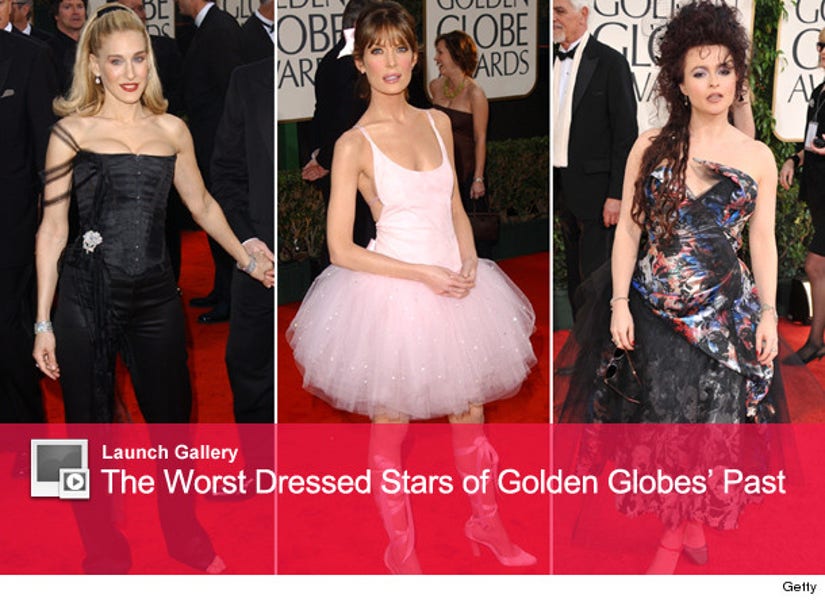