The Golden Globe Awards were held last night, and whether you're a casual viewer or pop culture junkie, there are probably a few questions you had about the show!

We here at toofab have the answers to all your burning questions, including which films you can see Michael Fassbender naked, the identity of that darling dog and where Ryan Gosling was.

Check them out, below!

10. Why was Brad Pitt walking with a cane? 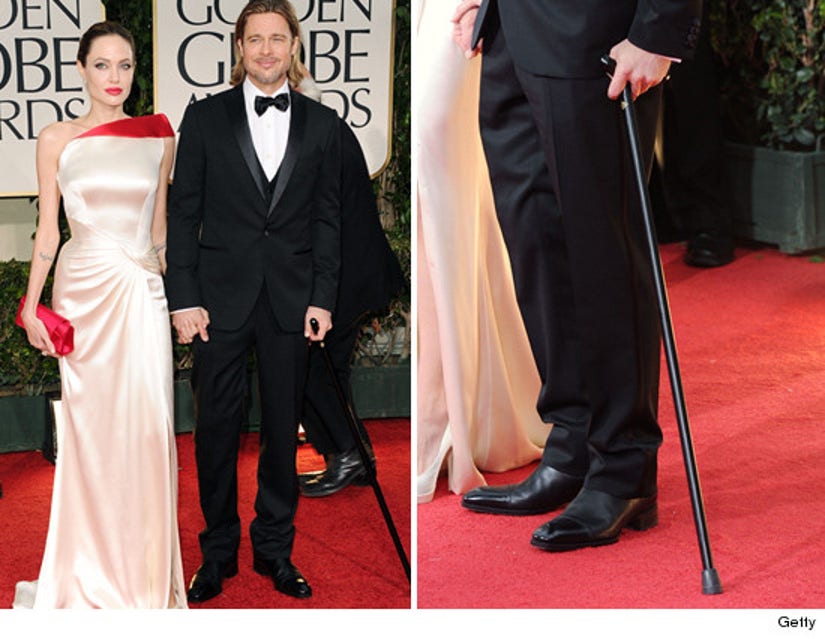 Brad's injury is old news (read = a week old) in Hollywood, but the "Moneyball" star injured his ACL while with his daughter. "I was carrying my daughter [Vivienne] down the hill and I slipped," the 48-year-old actor told reporters at the Palm Springs Film Festival two weekends ago. "It was either her or me."

9. What was going on with Zooey Deschanel's hair? 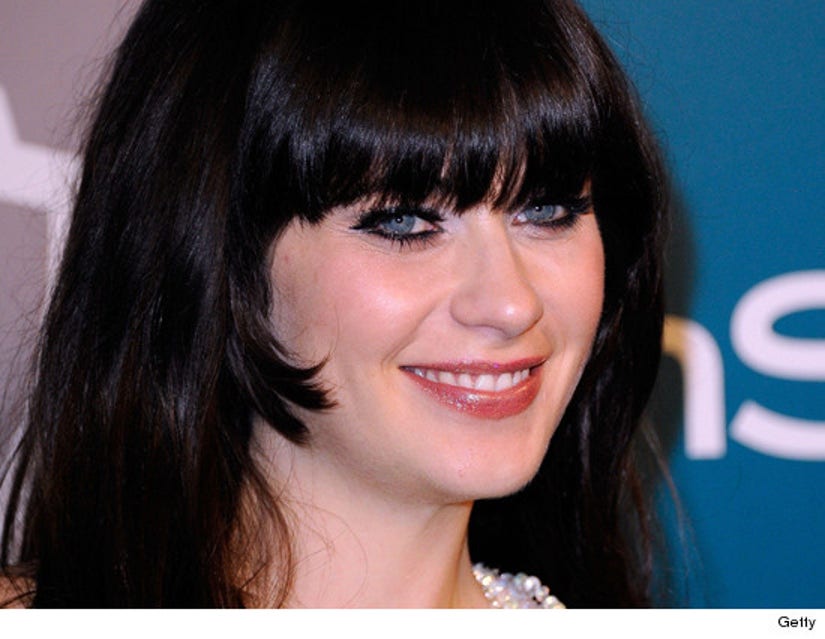 One of the mysteries of the night was the "New Girl" star's new hair, which featured blunt bangs and swept sideburns. We can only chalk it up to the quirky actress' personal style -- this is a girl who painted little tuxedos on her nails for the evening too.

8. Why was Madonna wearing gloves and a cross? 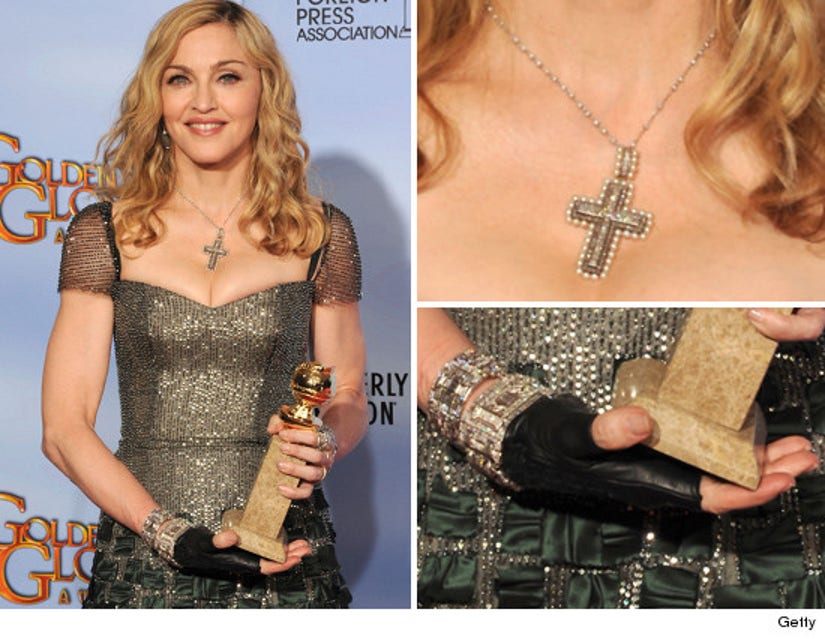 There's been much speculation has about Madonna's glove fetish -- she's been spotted covering her mitts during most of her recent public appearances. While there is no definitive answer for this, there are several photos on the internet showing some vein-y, scary hands that are probably due to a lot of exercise and a very low-fat diet. Seriously, google them … if you dare.

As for the cross, Lady M was raised Roman Catholic and caused controversy with her use of religious images in her "Like a Prayer" video -- but then started studying the Jewish mysticism Kabbalah (including wearing the trademark red bracelet) in the late 90s. So is she Catholic or Jewish? Your guess is as good as ours.

7. How old are presenters Elle Macpherson and Jane Fonda? 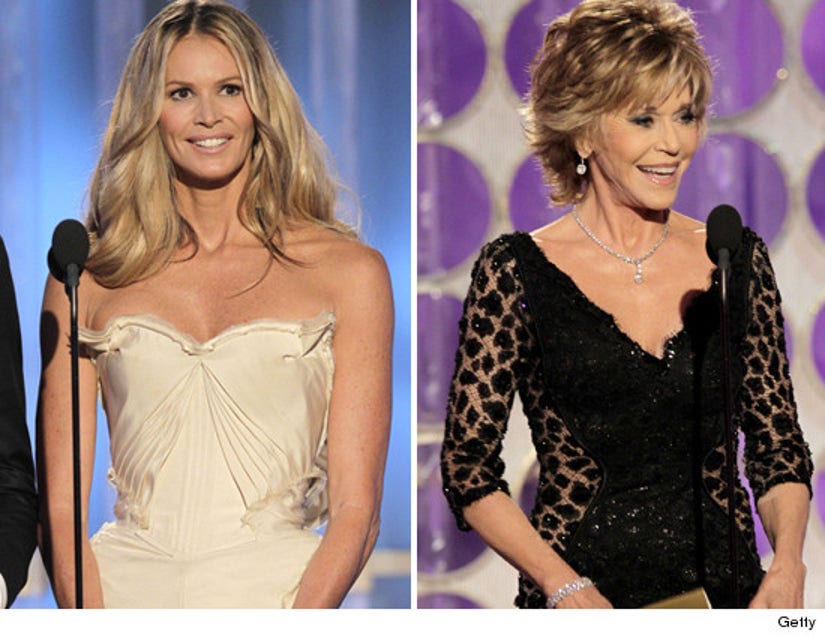 Forget the old adage that women in Hollywood aren't as hot as they age -- two of the best looking ladies at the show on Sunday night were well over 40!

Six-foot-tall Australian stunner Elle Macpherson will turn 48-years-old in March. The former supermodel constantly reminds us that she was known as “The Body” for a reason. Even more impressively, the legendary actress and activist Jane Fonda just turned 74 in December! Way to show the world how to age gracefully, ladies!

6. Just where do Spanish speakers Antonio Banderas and Sofia Vergara hail from? 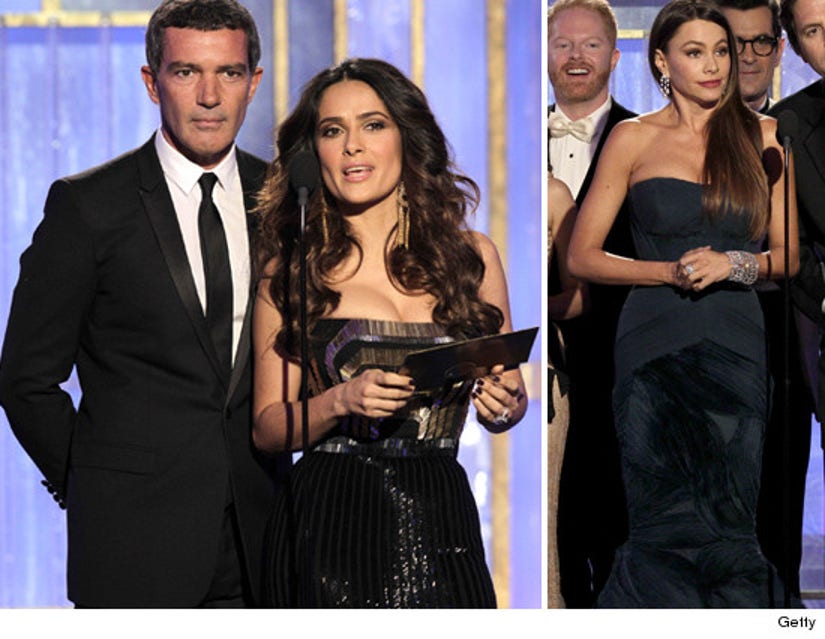 One of the best gags of the evening involved Antonio Banderas and Sofia Vergara joking around in Spanish (it was a Hollywood Foreign Press Association event, after all).

For the record, Antonio is Spanish (born in Andalucia) and Sofia is Colombian (born in Barranquilla). Despite joking she didn't "understand a word" Antonio said, fellow presenter Salma Hayek speaks Spanish fluently; she was born in Veracruz, Mexico.