The Golden Globe Awards were held last night, and whether you're a casual viewer or pop culture junkie, there are probably a few questions you had about the show!

We here at toofab have the answers to all your burning questions, including which films you can see Michael Fassbender naked, the identity of that darling dog and where Ryan Gosling was.

Check them out, below!

5. What did Meryl Streep say to get herself bleeped? 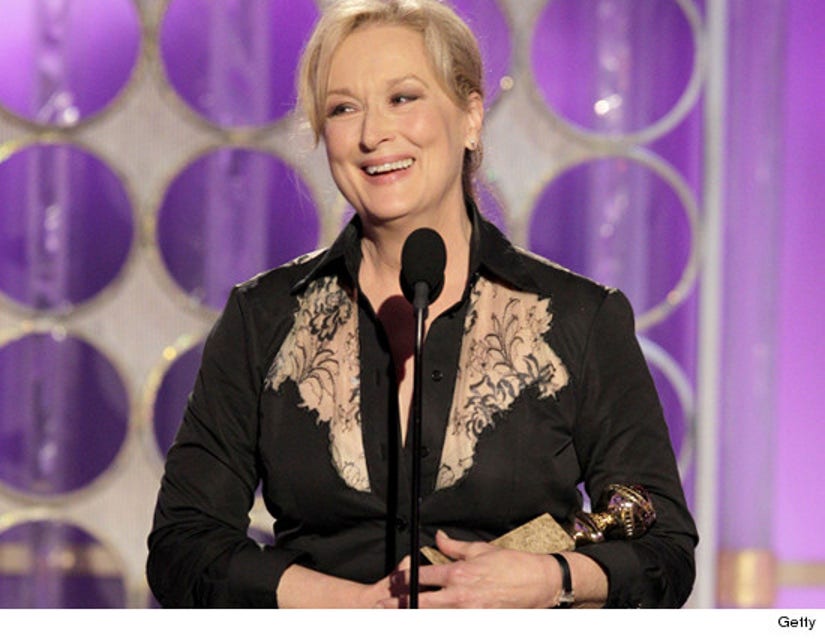 Upon accepting her Best Actress award for "The Iron Lady," Meryl realized she forgot her eyewear and uttered, "Oh s--- my glasses, I forgot my glasses, now I have to remember my speech." While she fumbled on stage, Harvey Weinstein passed the pair over to George Clooney, who handed them over to David Fincher. Unfortunately, David Fincher didn't find the right time to give them to her. Hopefully she retrieved them after the show!

4. In which films can you see Michael Fassbender nude? 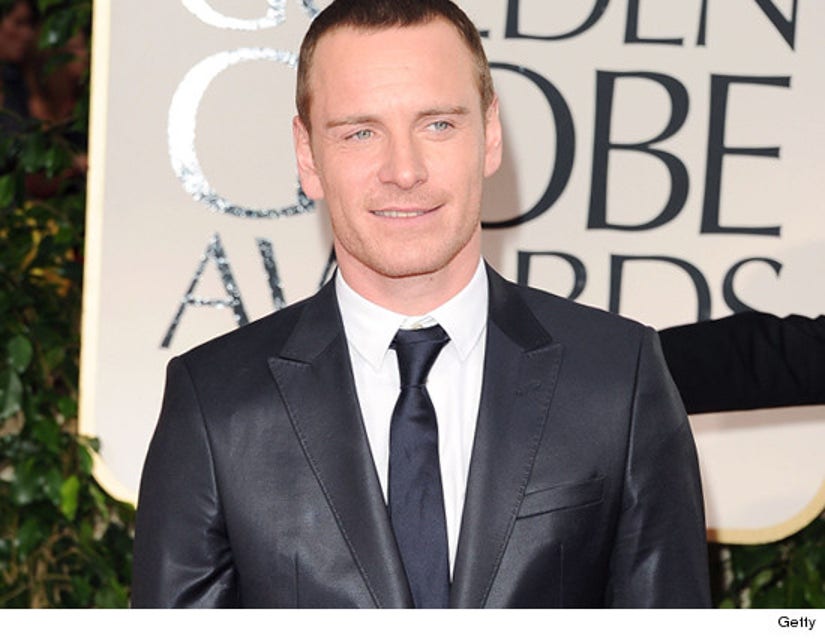 George Clooney sent the internet into a frenzy when, during his Best Actor acceptance speech for "The Descendants," he called out fellow nominee Michael Fassbender's nude scene(s). "I would like to thank Michael Fassbender for taking over the frontal-nudity responsibility that I had," George joked. “Really Michael, honestly, you can play golf like this with your hands behind your back.”

Clooney was referring to the 34-year-old baring it all as a sex-addict in the gritty, NC-17 rated film “Shame” … though it wasn't Michael's first foray into full-frontal territory. The German native also went nude in 2008's “Hunger.”

3. Who was that adorable dog that took the stage? 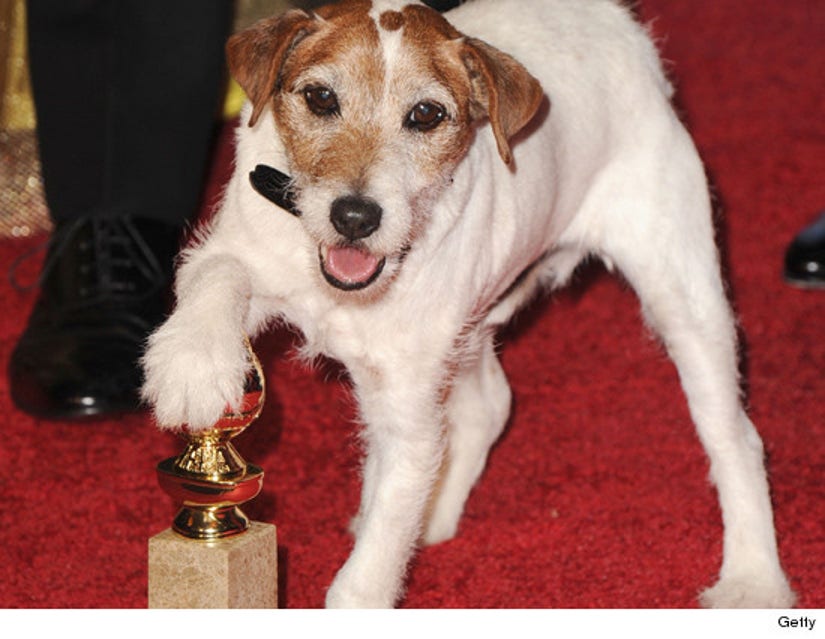 He was easily the cutest attendee at the Globes … Uggie! The 9-year-old Jack Russell Terrier stole the show posing on the red carpet, performing tricks on stage during the acceptance speech for “The Artist,” and hamming it up in the press room with the Globe trophy.

The little guy, who was reportedly saved from being sent to a dog pound, starred in several commercials before getting his big break alongside Reese Witherspoon and Robert Pattinson in “Water for Elephants,” then stealing all of his scenes in “The Artist.”

2. Who was the man Peter Dinklage mentioned in his acceptance speech? 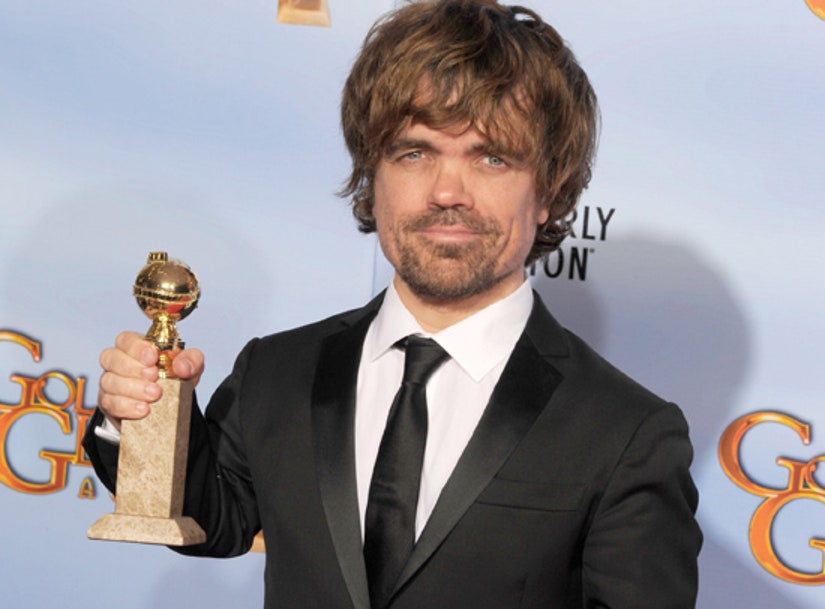 During his Best Actor in a Supporting Role acceptance speech, "Game of Thrones" star Peter Dinklage made reference to Martin Henderson, a 37-year-old British man who was partially paralyzed last fall when he was thrown in an apparent “dwarf tossing” incident outside of a bar in London.

"I guess I was an easy target and the only reason I was picked on was because I am small,” Henderson told London's Telegraph newspaper. Martin's story definitely seemed to hit home for Peter, who also suffers from dwarfism and stands 4'5” tall.

1. Where was double nominee Ryan Gosling? 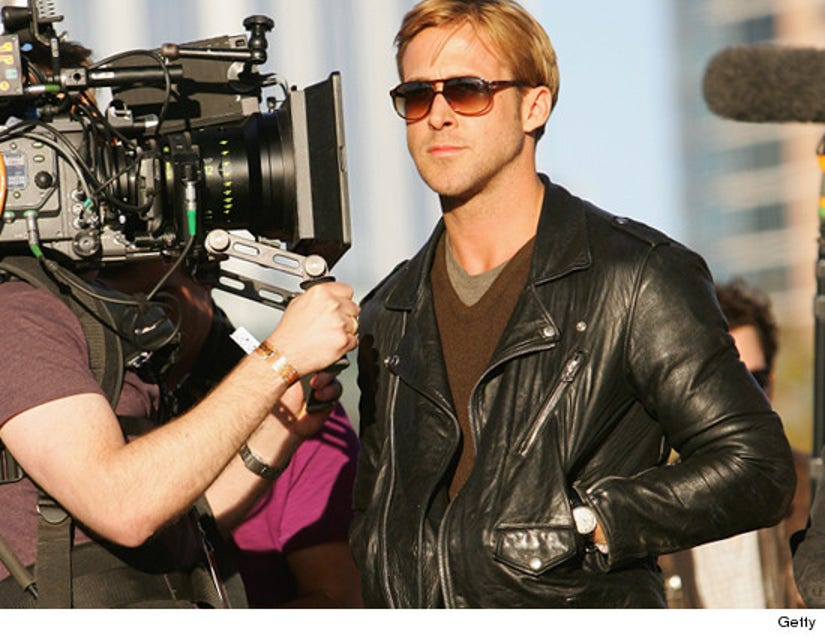 Double nominee Ryan Gosling was noticeably absent during the awards show. The Hollywood heartthrob is reportedly in Thailand working on a film, much to his "The Ides of March" costar George Clooney's relief. "It's too bad he's not here. I wish he was. But if he showed up he might just be too good-looking to handle," George said on the red carpet.