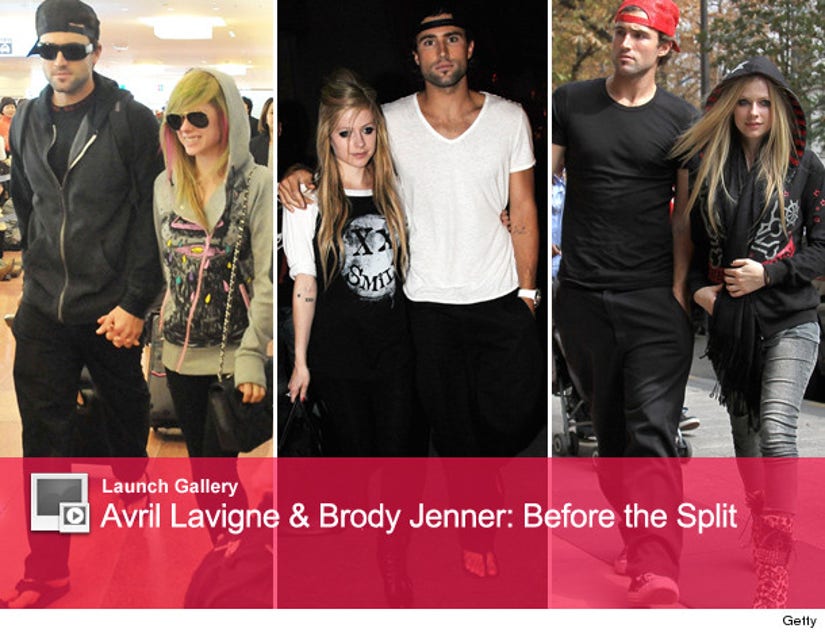 So much for their happy ending.

Avril Lavigne and boyfriend of two years, Brody Jenner, have reportedly split -- this according to Us Weekly and Life & Style.

The two apparently called it quits last week -- with a source telling Us Weekly that Brody "felt held back by his girlfriend."

While they may be split for now, they're permanently linked through ink.

Brody has Avril's name tattooed on his arm, while she inked his name on her ribs.