Lisa Vanderpump held a party for the grand opening of her SUR Lounge during Monday's show, which Taylor and her therapist Dr. Sophy used as perfect opportunity to pull all the girls (except Kim, who was locked in a bathroom) aside for an emotional conversation about her abusive marriage.

We're glad Armstrong finally admitted everything on camera for all the ladies to hear ... but this didn't seem like the proper setting for it.

Armstrong, who was hiding a black eye under heavy makeup, described how she and Russell got "into a big fight, things got physical and I got hurt." She called it "the last straw."

Taylor also apologized for "acting like a crazy person" to all her friends and specifically to Camille for the lawsuit Russell threatened her with.

The season finale will air next week -- showing Lisa's daughter Pandora's wedding and the aftermath of Russell's suicide. 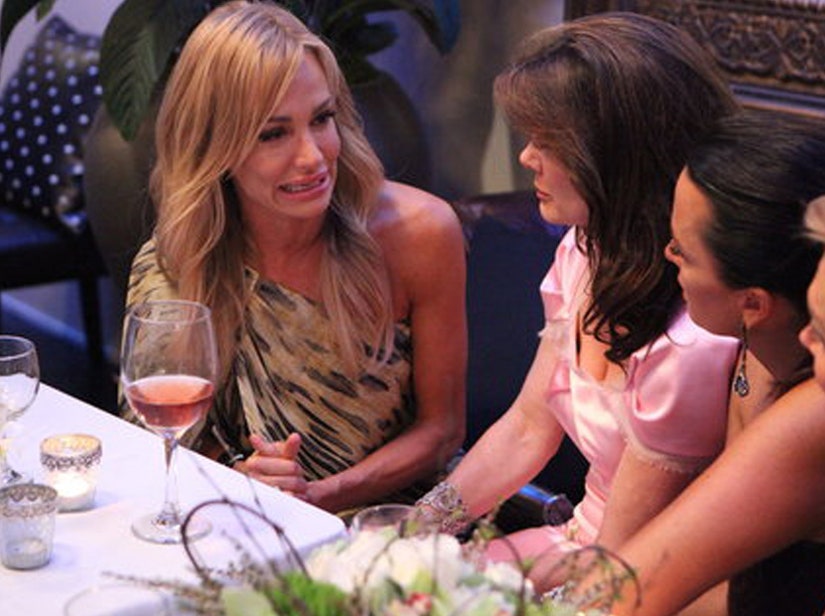