Gleeks when crazy earlier this week when it was announced that Rachel Berry's two dads had finally been cast on “Glee” … and now we have our first look at the happy family!

Lea Michele, who plays the choir girl that everyone loves to hate on the hit FOX show, just tweeted a picture of her and her “parents,” Jeff Goldblum and Broadway vet Brian Stokes Mitchell!

Lea has kept all fans updated on the goings-on with the casting, tweeting Wednesday: “So excited that we're finally going to get to meet Rachel's dads!!! So anxious to get to work with both of them!! Brian Stokes and I have been friends for ages!!! We worked together on Broadway! So happy he's going to be on the show!!!”

She then added this morning, “This is definitely going to be the best day ever.. Getting ready to shoot my first scene with my two dads! So excited to work with the amazing Jeff Goldblum and my old friend Mr. Brian Stokes Mitchell!!” -- before tweeting out the photo with the simple caption “Dads :)”.

Check out the photo below and click "Launch Gallery" to see more of the best celebrity Twitpics! 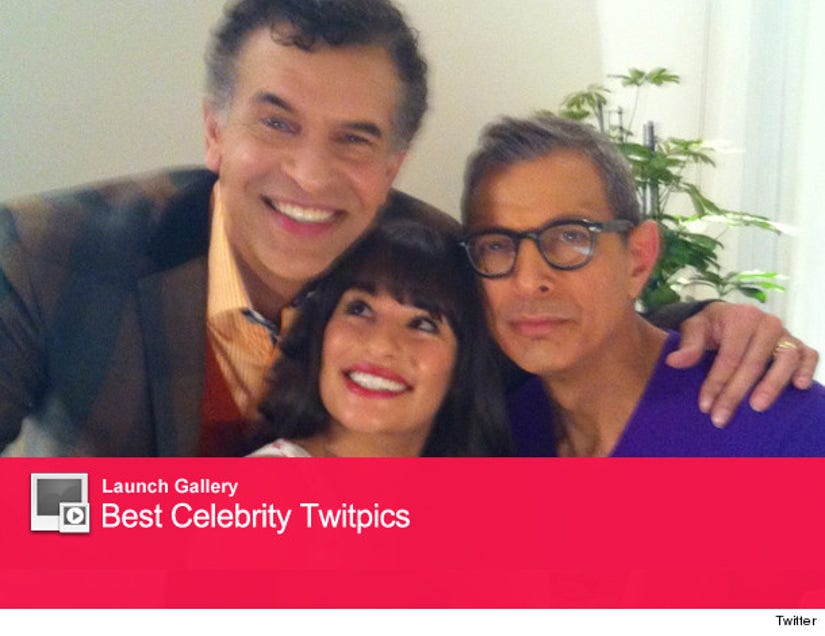 What do you think of the Berry family? Let us know in the comments below!