There was some talent in Pittsburgh on last night's episode of "American Idol" -- where Jennifer Lopez already found one singer she thinks "could win."

J.Lo's praise went to 24-year-old Hallie Day, who revealed in her audition interview that she once was so depressed she swallowed a "bottle of pills" and landed in the E.R.

She has since cleaned up her act with the help of her husband, Ryan -- who persuaded her to audition for the show.

Emotional story aside, Day had some serious talent too, impressing the judges with an amazing version of "I Will Survive."

After the auditions were done for the day, Lopez told Randy Jackson and Steven Tyler "She could win."

The show started with Korean immigrant Heejun Han, who, after shaking off some early jitters, sang a tender yet powerful version of Michael Bolton's "How Am I Supposed to Live Without You."

Also standing out last night was 15-year-old Eben Franckewitz ... who looked like a younger Justin Bieber.

Lopez said he was "cute" before he even sang and added more praise after, telling him "some people just born with it ... I think you're one of those people." He's going to Hollywood!

Then there was Reed Grimm, who we showed you a sneak peek of the other day, who sang the "Family Matters" theme song. The judges loved it just as much as we did.

Who's been your favorite so far? Sound off below! 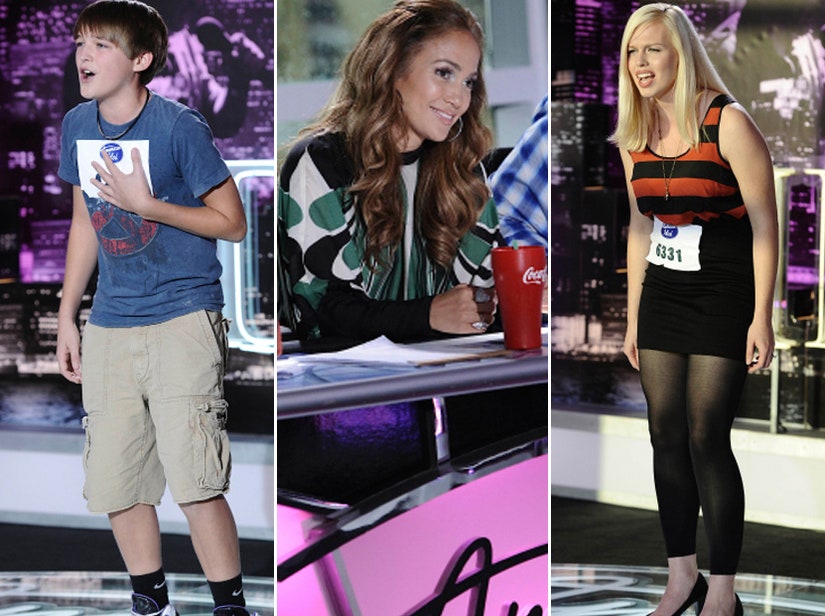